For people in parts of Sydney, Wollondilly/Wingecarribee and Greater Wollongong areas.

The Bureau of Meteorology warns that, at 4:50 pm, severe thunderstorms were detected on the weather radar near Wollongong and Pt Kembla. These thunderstorms are moving towards the northeast. They are forecast to affect Camden, Campbelltown and Picton by 5:20 pm and Sutherland, Liverpool and Oakdale by 5:50 pm.

Heavy rainfall that may lead to flash flooding and damaging winds are likely. 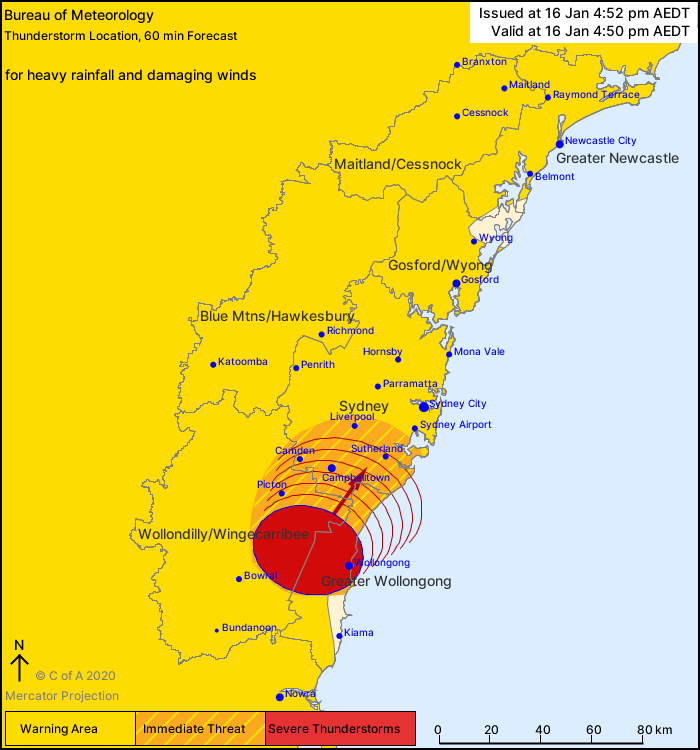