For people in Greater Newcastle, Greater Wollongong and parts of Maitland/Cessnock, Sydney and Wollondilly/Wingecarribee areas.

Other severe thunderstorms were detected on the weather radar near Branxton, Nowra and Berry. They are forecast to affect Kiama, Newcastle City, Maitland and Raymond Terrace by 3:10 pm and Merewether and Salt Ash by 3:40 pm. 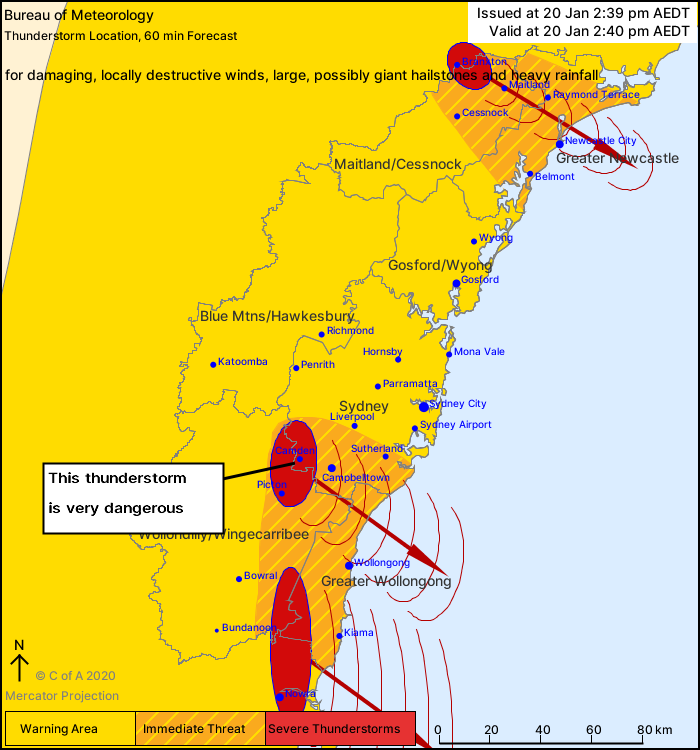