For people in parts of Blue Mountains/Hawkesbury area.

The Bureau of Meteorology warns that, at 5:35 pm, severe thunderstorms were detected on the weather radar near the Yengo National Park northwest of St Albans and the Wollemi National Park west of Putty. These thunderstorms are moving towards the north. Damaging winds are likely. 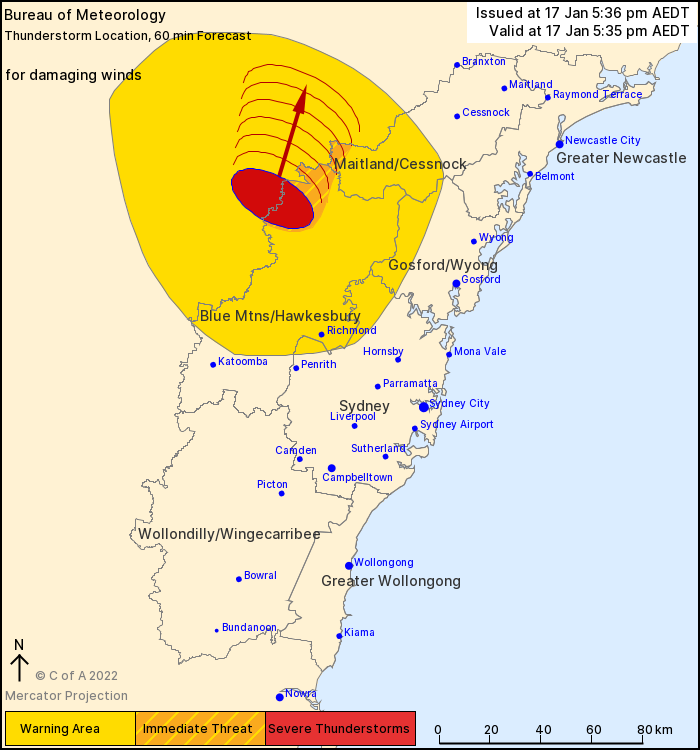