For people in parts of Blue Mountains/Hawkesbury and Sydney areas.

The Bureau of Meteorology warns that, at 12:30 pm, a line of very heavy showers and a few thunderstorms was detected on the weather radar near Hornsby, Parramatta, Sydney City, the Sydney Harbour Bridge, Richmond and waters off Bondi Beach. These thunderstorms are slow moving. Intense rainfall that may lead to dangerous and life-threatening flash flooding is likely.
Heavy rainfall increases the potential for landslides and debris across roads. 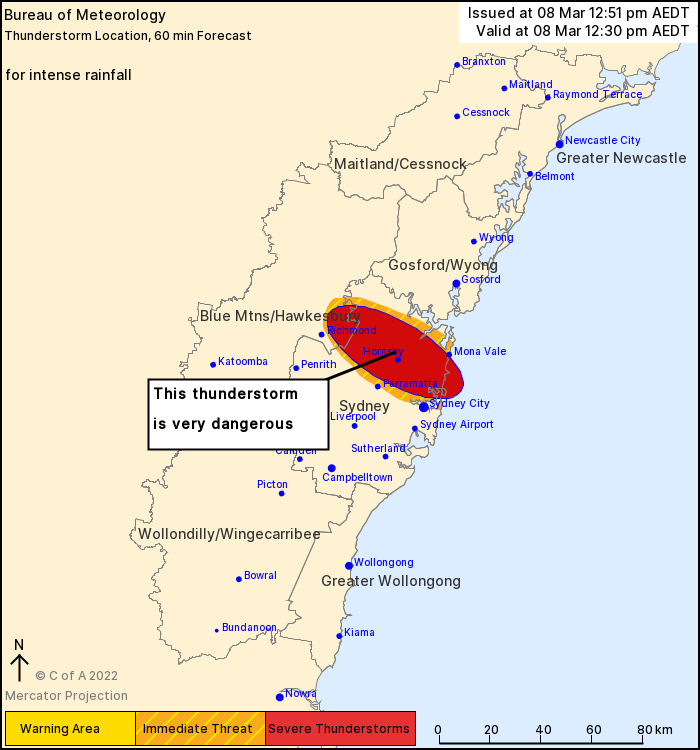