NSW Flood Watch: Coastal Rivers from the Orara to the Hastings

Rainfall is expected to increase along the New South Wales northern coast from Thursday, as a low pressure trough deepens in the area. Intense rainfall is possible for some areas.

Coastal catchments are relatively wet due to recent rainfall.

A Severe Weather Warning has been issued for the Northern Rivers, Mid North Coast and Northern Tablelands districts.

Catchments likely to be affected include:
Tweed and Rouse Rivers
minor flooding 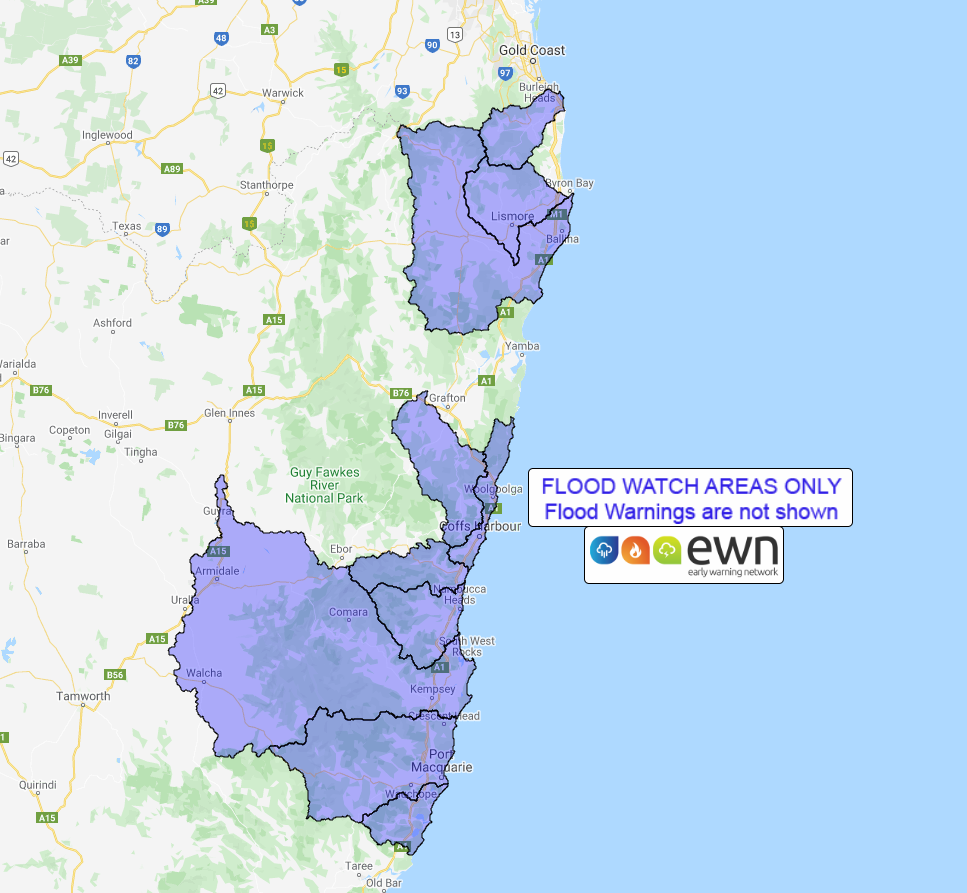