Note: This Flood Watch provides early advice of possible flooding within the specified catchments.
Flood Watch for the New South Wales coast from the Tweed to the Upper Nepean Rivers

MODERATE TO MAJOR FLOODING POSSIBLE FOR THE MID NORTH COAST

Coastal catchments within the Flood Watch are area relatively wet due to recent rainfall in the last fortnight.

A Severe Weather Warning has been issued for the Northern Rivers, Mid North Coast and parts of Northern Tablelands Forecast Districts.

The weather system has the potential to cause flooding for the catchments listed from late Thursday onwards. Flood Classes (minor, moderate, major) are only defined for catchments where the bureau provides a flood warning service.

Catchments likely to be affected include:
Tweed and Rouse Rivers
minor flooding 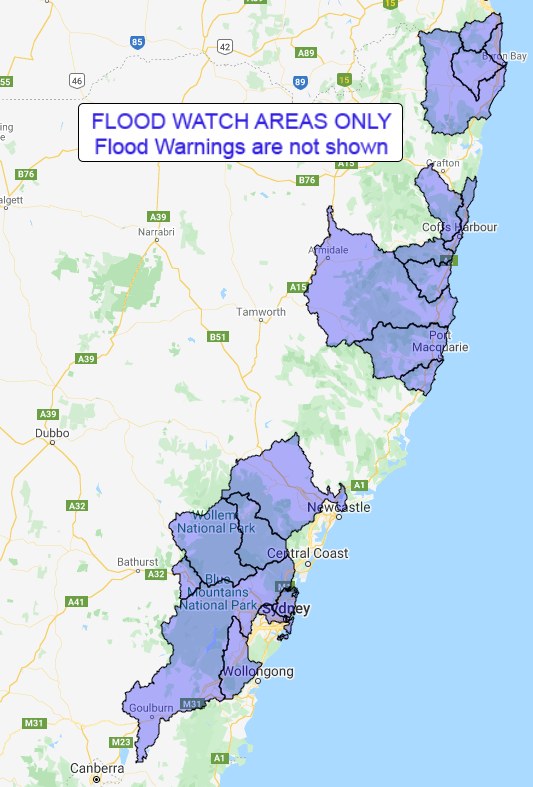