MODERATE TO MAJOR FLOODING POSSIBLE FOR THE RICHMOND, WILSONS, ORARA AND BELLINGER RIVERS FROM TUESDAY

Heavy rainfall is forecast for parts of the Northern Rivers and Mid North Coast from Monday into Tuesday and Wednesday. Catchments in this region remain saturated following significant flooding in recent weeks and this rainfall has the potential to result in Moderate to Major flooding along the Richmond, Wilsons, Orara and Bellinger Rivers from Tuesday. There is also potential for Minor to Moderate flooding for parts of the Northern Rivers, Mid North Coast, Hunter, Hawkesbury Nepean and North Western New South Wales Rivers.

A Severe Weather Warnings is current for the Northern Rivers and parts of the Mid North Coast and Northern Tablelands. Severe thunderstorm warnings will be issued as required.

Flooding is possible in the catchments listed from Monday into Tuesday. Flood classes (minor, moderate, major) are only defined for catchments where the Bureau provides a flood warning service. The situation is being actively monitored and updated flood watches and warnings will be issued where necessary over the coming days.

Flood warnings are current for the following catchments: Macleay, Lower Macintyre and Culgoa 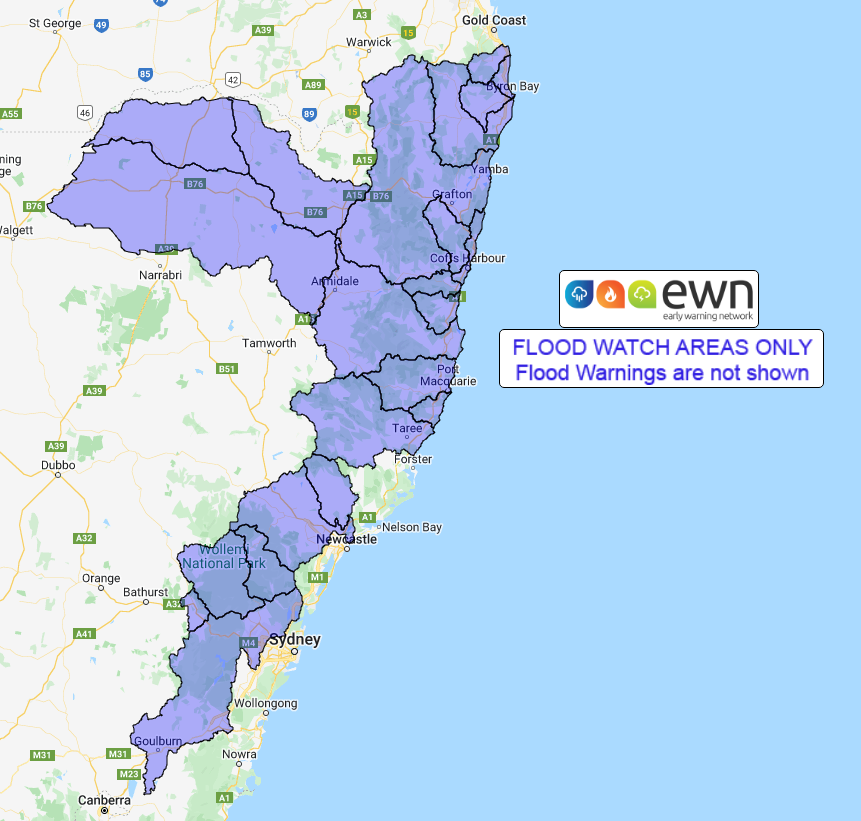