Heavy rainfall associated with a deepening low pressure trough off the northern coast has the potential to cause minor flooding in parts of the Northern Rivers and Bellinger River early next week.

The catchments likely to be impacted are saturated from recent rainfall, which increases the risk of flooding.

River rises are expected in the flood watch catchments in response to the forecast rain and minor flooding may develop in parrs of the Northern Rivers and Bellinger River from late Monday into Tuesday. Flood Classes (minor, moderate, major) are only defined for catchments where the Bureau provides a flood warning service.

Localised flooding and disruption to some transport routes are possible. 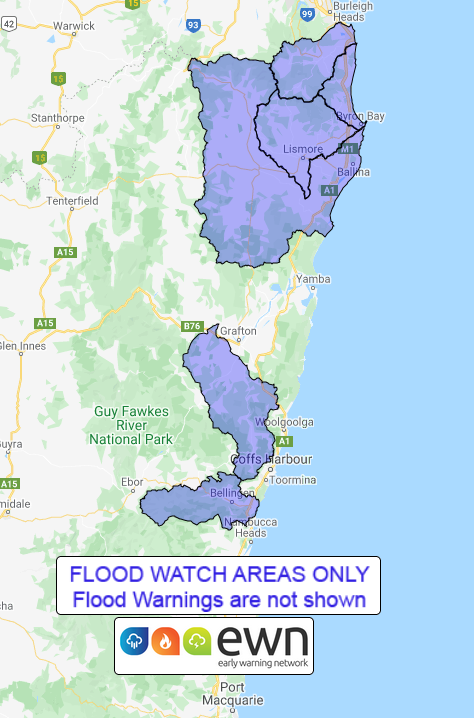