For people in Riverina and parts of Central West Slopes and Plains, Lower Western and Upper Western Forecast Districts.

A line of thunderstorms is being generated across inland New South Wales as a cold front crosses the region.

Severe thunderstorms are likely to produce damaging winds in the warning area over the next several hours. Locations which may be affected include Wagga Wagga, Albury, Griffith, Tibooburra, White Cliffs and Ivanhoe.

93km/h wind gust was observed at Deniliquin AWS at 2:34pm. 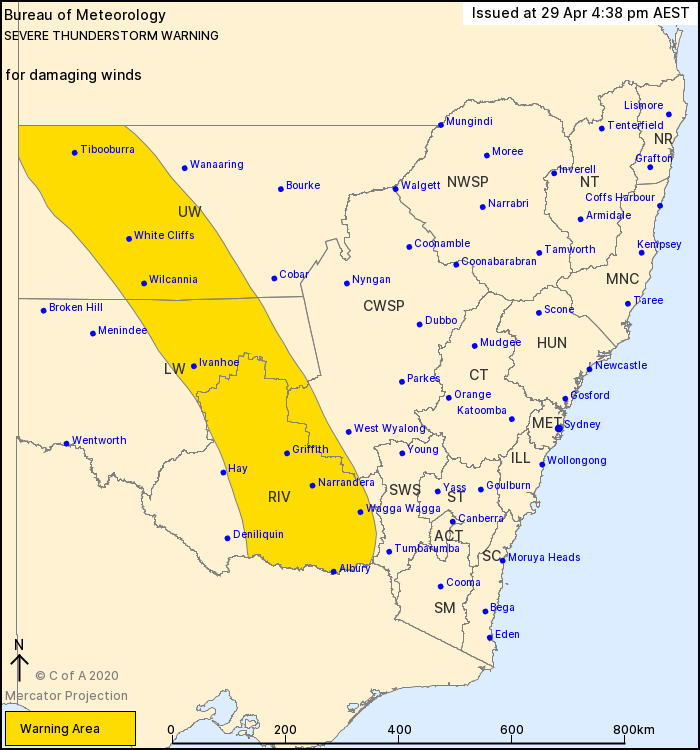