For people in parts of Hunter, Metropolitan and Central Tablelands Forecast Districts.

Severe thunderstorms are developing about the Central Tablelands

Weather Situation: Thunderstorms are developing in a warm and unstable airmass north of a cloud band over the southeast of the state.

Severe thunderstorms are likely to produce damaging winds in the warning area over the next several hours. Locations which may be affected include Wollombi, Kulnura, Glen Davis, Capertee, Kandos and Bilpin. 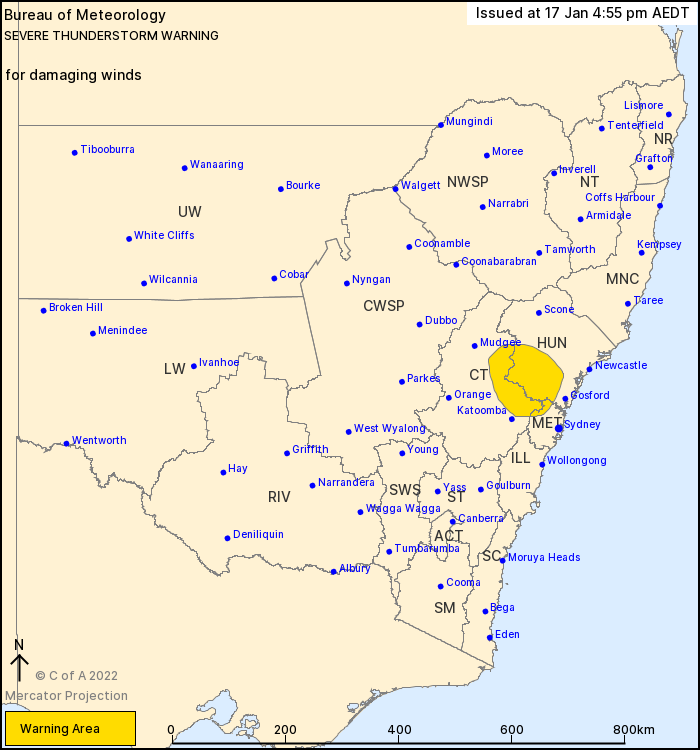