Severe thunderstorms are likely to produce intense rainfall that may lead to dangerous and life-threatening flash flooding and damaging winds over the next several hours in parts of the Central West Slopes and Plains, Lower Western and Upper Western districts. Locations which may be affected include Cobar.

Severe thunderstorms are likely to produce damaging, locally destructive winds and heavy rainfall that may lead to flash flooding over the next several hours in parts of the Central West Slopes and Plains, Riverina, Lower Western and Upper Western districts. Locations which may be affected include Dubbo, Nyngan, Cobar, Bourke, Wanaaring and Ivanhoe.

Severe thunderstorms are likely to produce damaging winds over the next several hours in parts of the Riverina and Lower Western districts. Locations which may be affected include Deniliquin, Wentworth, Balranald, Finley and Jerilderie. 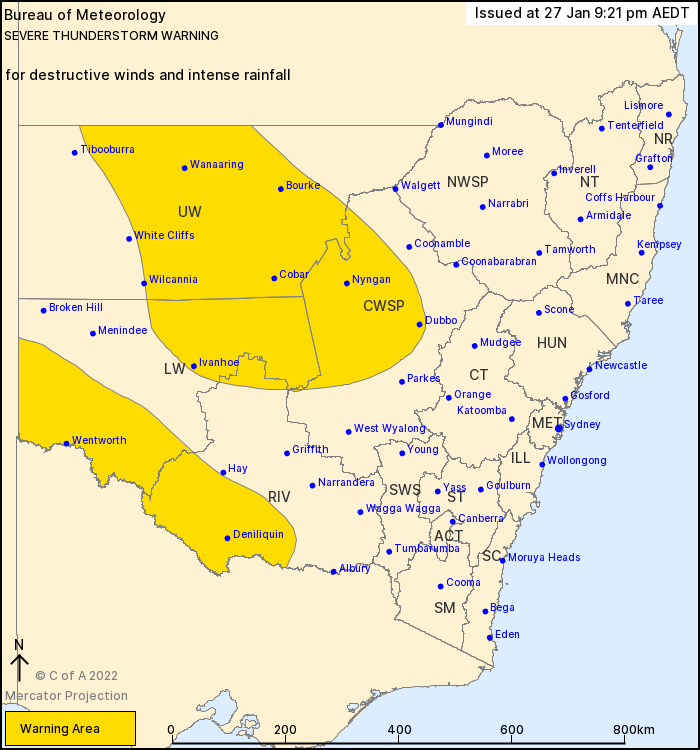