Severe thunderstorms are beginning to develop in the northeast.

Weather Situation: a strong upper low sitting over northern NSW extends a trough through northeastern NSW into southeastern Qld. Thunderstorms are expected to develop along this trough and move eastwards throughout the day.

Severe thunderstorms are likely to produce heavy rainfall that may lead to flash flooding and damaging winds in the warning area over the next several hours. Locations which may be affected include Lismore, Grafton, Coffs Harbour, Armidale, Tenterfield and Dorrigo. 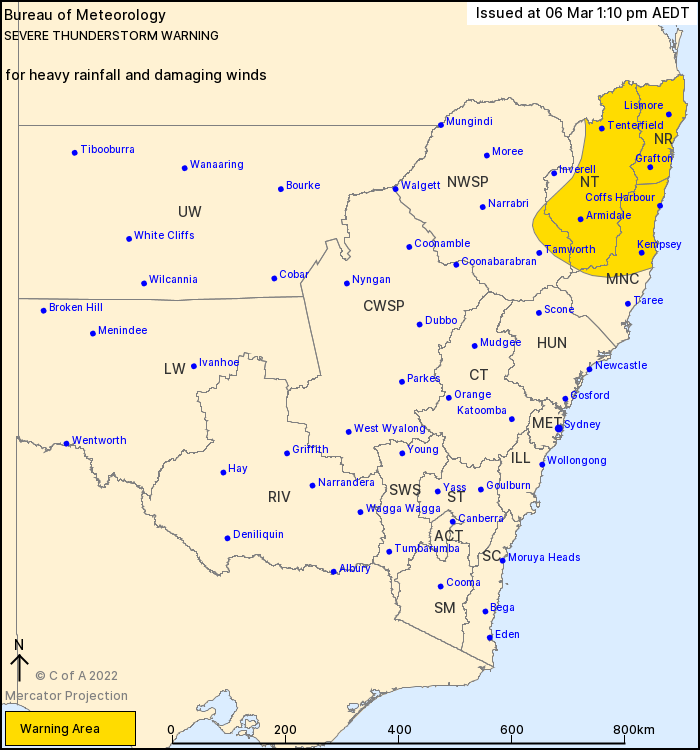