For people in parts of Northern Rivers and Mid North Coast Forecast Districts.

Weather Situation: A low just off the coast of the Northern Rivers district is causing thunderstorms to produce intense rainfall as they near the coast.

Severe thunderstorms are likely to produce destructive winds and intense rainfall that may lead to dangerous and life-threatening flash flooding over the next several hours in parts of the Mid North Coast district. Locations which may be affected include Coffs Harbour, Woolgoolga, Sawtell, Urunga and Glenreagh.

Severe thunderstorms are likely to produce intense rainfall that may lead to dangerous and life-threatening flash flooding over the next several hours in parts of the Northern Rivers district. Locations which may be affected include Lismore, Casino, Kyogle, Coraki, Whiporie and Woodburn. 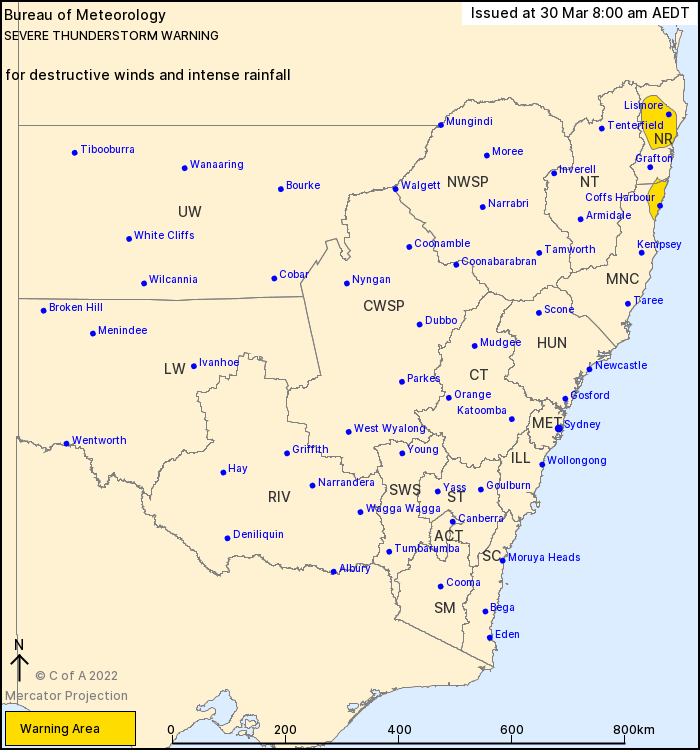