GIANT HAILSTONES possible with dangerous thunderstorm over the Northern Rivers.

Weather Situation:
A surface trough over inland northern NSW is resulting in thunderstorms today. A passing upper trough moving across the state today is enhancing thunderstorm development and increasing the risk of severe storms this evening.

Severe thunderstorms are likely to produce large, possibly giant hailstones, damaging winds and heavy rainfall that may lead to flash flooding over the next several hours in parts of the Northern Rivers district. Locations which may be affected include Grafton, Copmanhurst and Coutts Crossing.

Severe thunderstorms are likely to produce damaging winds, large hailstones and heavy rainfall that may lead to flash flooding over the next several hours in other parts of the Northern Rivers, Mid North Coast and Northern Tablelands districts. Locations which may be affected include Grafton, Glen Innes, Yamba, Maclean, Woolgoolga and Glenreagh. 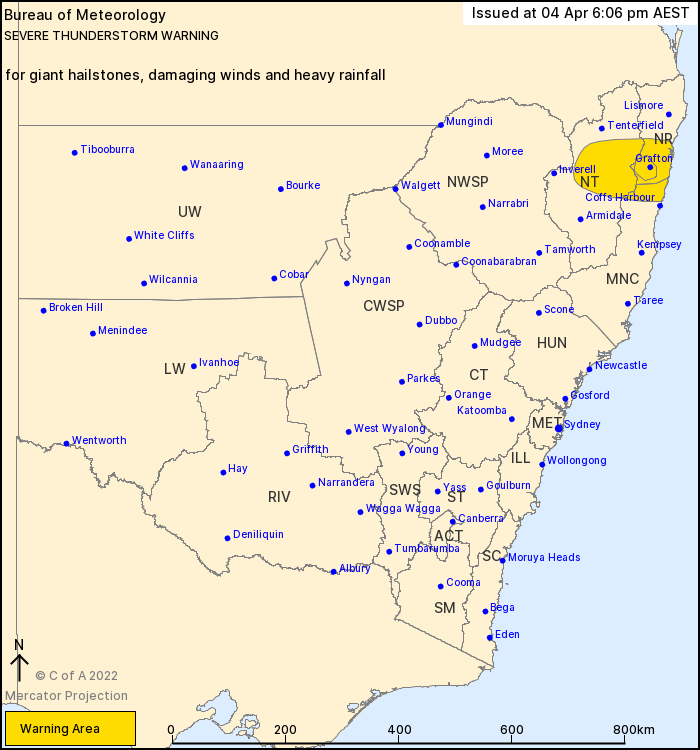