Weather Situation: An inland trough moving slowly to the north-east, and convergence along the ranges, will combine with humid air throughout much of the state to generate thunderstorms over NSW today.

Severe thunderstorms are likely to produce damaging winds and heavy rainfall that may lead to flash flooding over the next several hours in the Metropolitan, Illawarra, Central Tablelands and parts of the Hunter, Southern Tablelands, Central West Slopes and Plains and South West Slopes districts. Locations which may be affected include Sydney, Wollongong, Nowra, Orange, Goulburn and Dubbo.

Severe thunderstorms are likely to produce heavy rainfall that may lead to flash flooding over the next several hours in parts of the Northern Rivers, Mid North Coast and Northern Tablelands districts. Locations which may be affected include Grafton, Taree, Kempsey, Dorrigo, Comboyne and Wingham. 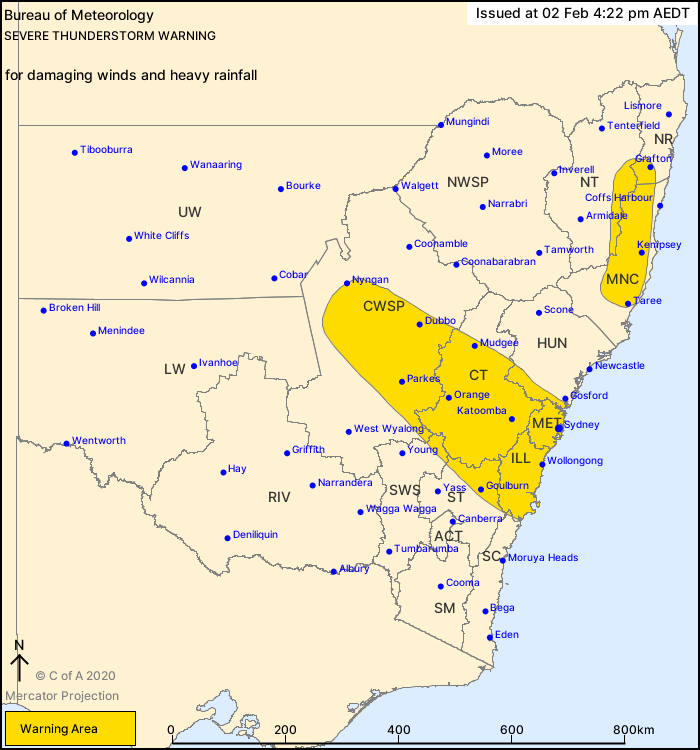