For people in parts of Northern Rivers and Lower Western Forecast Districts.

Severe thunderstorms are likely to produce intense rainfall that may lead to dangerous and life-threatening flash flooding over the next several hours in parts of the Northern Rivers district. Locations which may be affected include Lismore, Tweed Heads, Murwillumbah, Ballina, Casino, Kyogle, Coraki, Alstonville, Brunswick Heads, Evans Head, Yamba and Maclean.

Intense rainfall increases the potential for landslides and debris across roads.

Severe thunderstorms are likely to produce heavy rainfall that may lead to flash flooding over the next several hours in parts of the Lower Western district. Locations which may be affected include Ivanhoe. 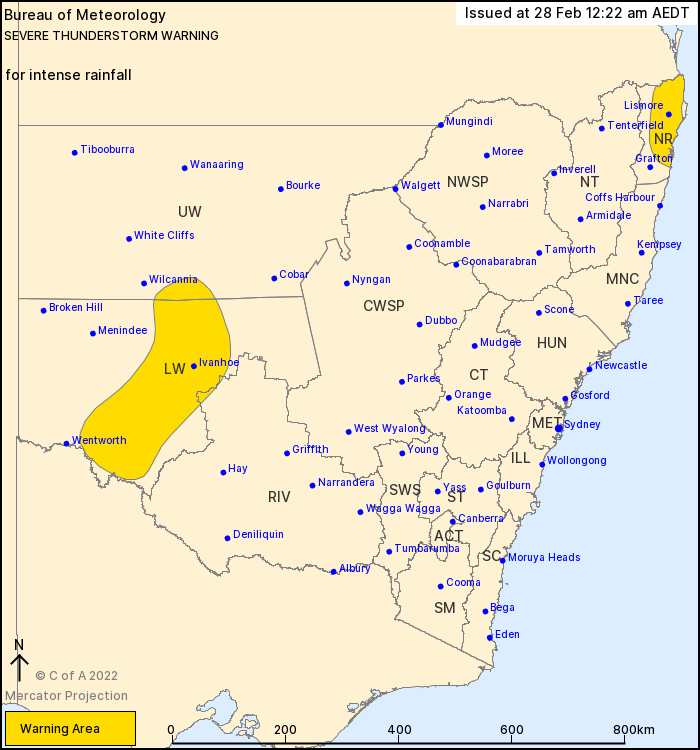