Issued at 7:29 pm Tuesday, 1 March 2022.
Thunderstorms and showers may result in heavy rainfall near the western Vic/NSW border.

Weather Situation: A broad trough of low pressure over western NSW combines with a large high pressure system southeast of Tasmania. thunderstorms for most of the interior have eased however are persisting near the Vic/NSW border. 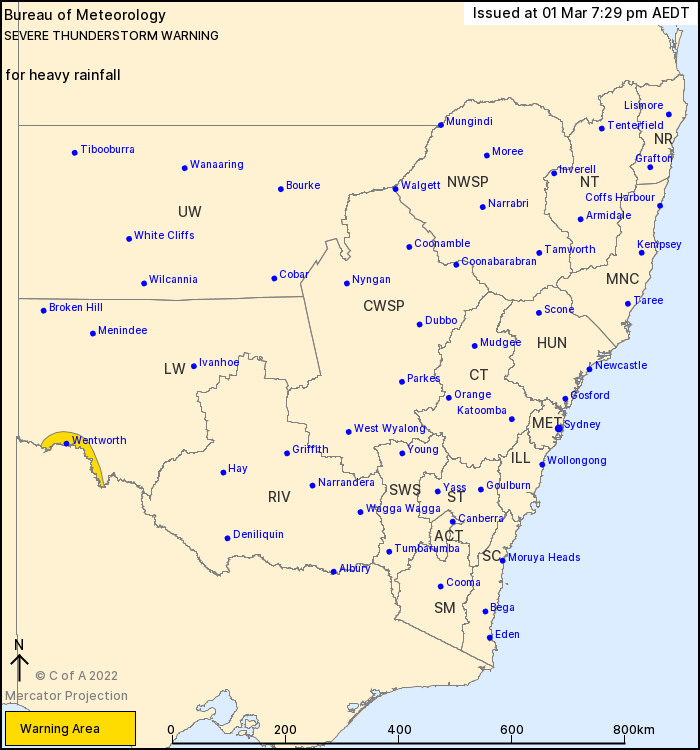