Weather Situation: an East Coast Low lies off the Mid North Coast, and is pushing a near stationary area of rain onshore, along with some isolated embedded thunderstorms.

Severe thunderstorms are likely to produce heavy rainfall that may lead to flash flooding in the warning area over the next several hours. Locations which may be affected include Forster, Seal Rocks, Bulahdelah, Wingham, Nelson Bay and Dungog. 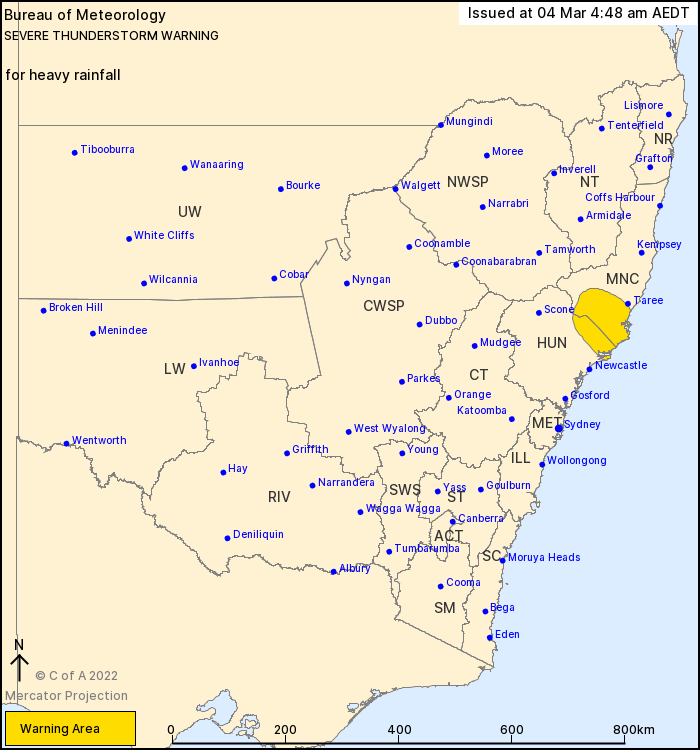