For people in parts of Illawarra Forecast District.

Heavy rain with slow moving band of showers and thunderstorms.

Weather Situation: Small bands of heavy showers and a few thunderstorms are developing within a humid onshore flow onto the central NSW coast and adjacent inland. Locally heavy rainfall is possible with this activity.

Severe thunderstorms are likely to produce heavy rainfall that may lead to flash flooding in the warning area over the next several hours. Locations which may be affected include Wollongong, Bulli and Port Kembla. 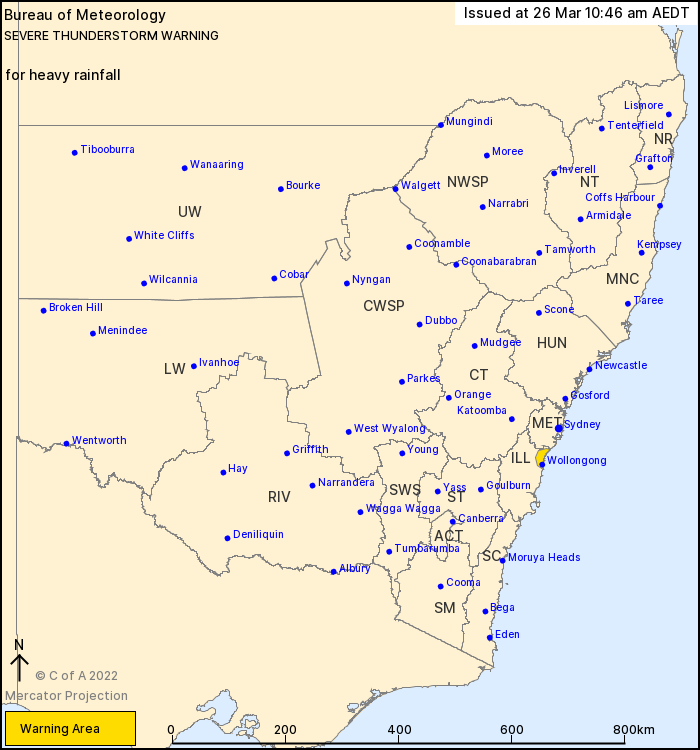