For people in parts of Central West Slopes and Plains and Upper Western Forecast Districts.

Slow moving clusters of thunderstorms will be capable of producing heavy rainfall.

Weather Situation: An upper level low over central NSW is providing instability over a relatively moist airmass over central and northern parts of the state.

Severe thunderstorms are likely to produce heavy rainfall that may lead to flash flooding in the warning area over the next several hours. Locations which may be affected include Parkes, Condobolin, West Wyalong, Cobar, Louth and Tilpa. 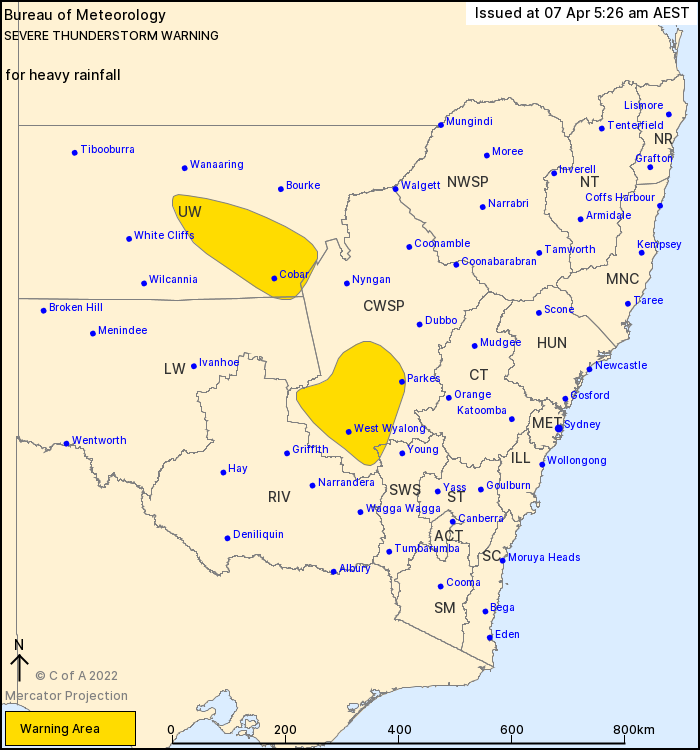