For people in parts of Mid North Coast and Northern Tablelands Forecast Districts.

Severe thunderstorms are likely to produce heavy rainfall that may lead to flash flooding and large hailstones in the warning area over the next several hours. Locations which may be affected include Kempsey, Dorrigo and Ebor.

The State Emergency Service advises that people should:
* Move your car under cover.
* Keep clear of creeks and storm drains.
* Don't walk, ride your bike or drive through flood water.
* If you are trapped by flash flooding, seek refuge in the highest available place and ring 000 if you need rescue.
* Unplug computers and appliances.
* Avoid using the phone during the storm.
* Stay indoors away from windows, and keep children and pets indoors as well.
* For emergency help in floods and storms, ring the SES (NSW and ACT) on 132 500. 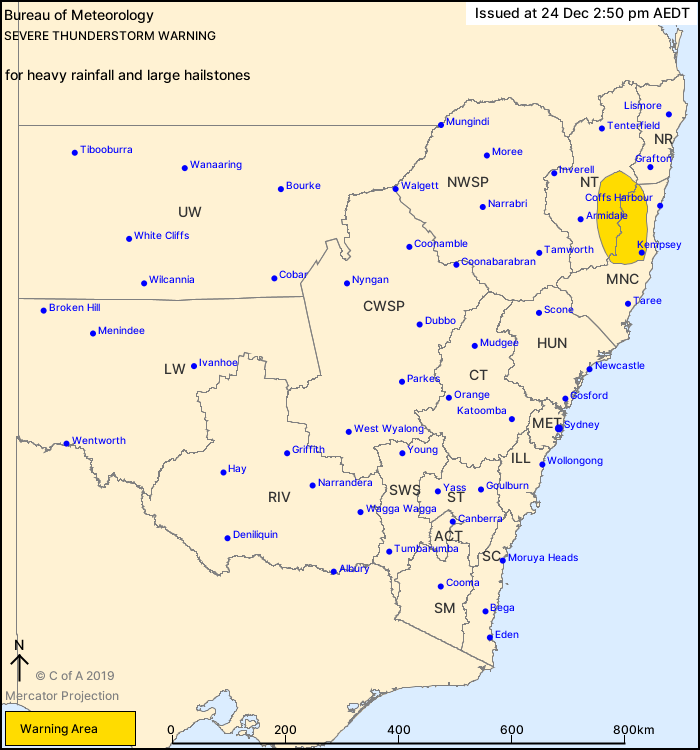