A low pressure system over inland New South Wales is drawing humid air across eastern parts of the state causing widespread thunderstorm activity. This system is expected to gradually move to the Tasman Sea later tonight.

Severe thunderstorms are likely to produce damaging winds, large hailstones and heavy rainfall that may lead to flash flooding in the warning area over the next several hours. Locations which may be affected include Batemans Bay, Canberra, Yass, Parkes, Wagga Wagga and Albury.

Severe thunderstorms are no longer occurring in the Lower Western district and the warning for this district is CANCELLED. 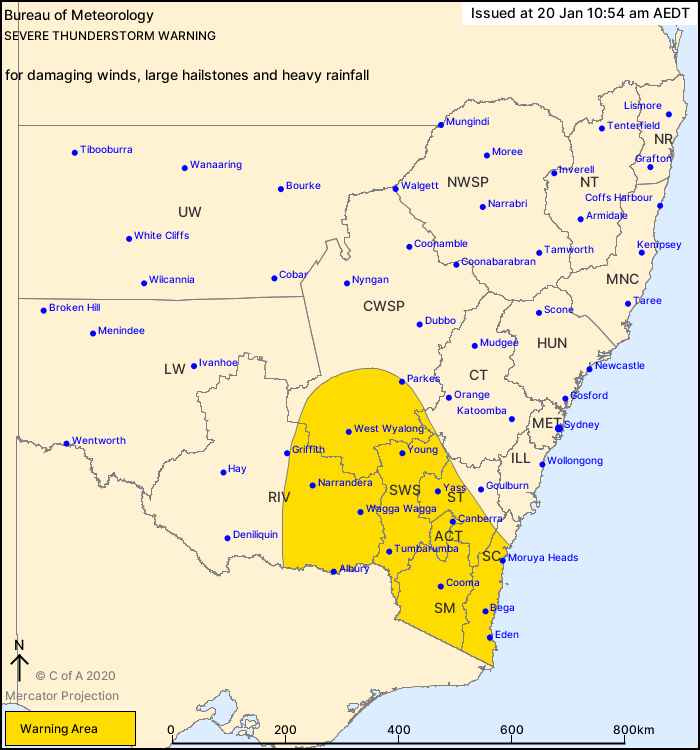