For people in Mid North Coast and parts of Northern Rivers and Hunter Forecast Districts.

Issued at 3:33 pm Monday, 3 February 2020.
GUSTY STORMS WITH HEAVY BURSTS OF RAINFALL IN THE NORTHEAST

Weather Situation: A trough over north-eastern NSW is slowly tracking east combining with very moist and unstable conditions will combine to bring thunderstorms to the northeast today.

Severe thunderstorms are likely to produce damaging winds, heavy rainfall that may lead to flash flooding and large hailstones in the warning area over the next several hours. Locations which may be affected include Coffs Harbour, Port Macquarie, Taree, Woolgoolga, Sawtell and Dorrigo. 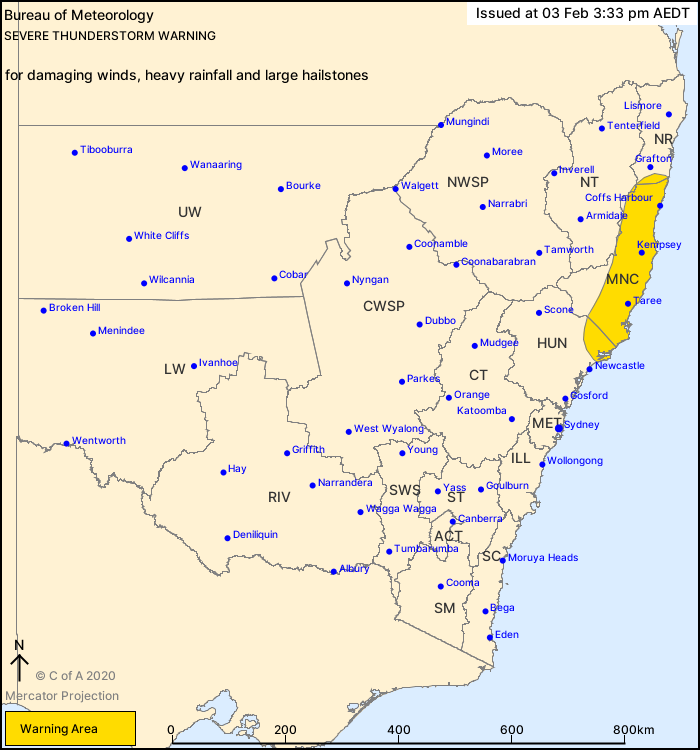