Severe thunderstorms are likely to produce heavy rainfall that may lead to flash flooding over the next several hours in parts of the South West Slopes, Snowy Mountains and Australian Capital Territory districts. Locations which may be affected include Mount Ginini, Perisher Valley, Charlotte Pass, Thredbo, Cabramurra and Selwyn.

Severe thunderstorms are likely to produce large hailstones and heavy rainfall that may lead to flash flooding over the next several hours in parts of the Riverina and Lower Western districts. Locations which may be affected include Wentworth and Balranald. 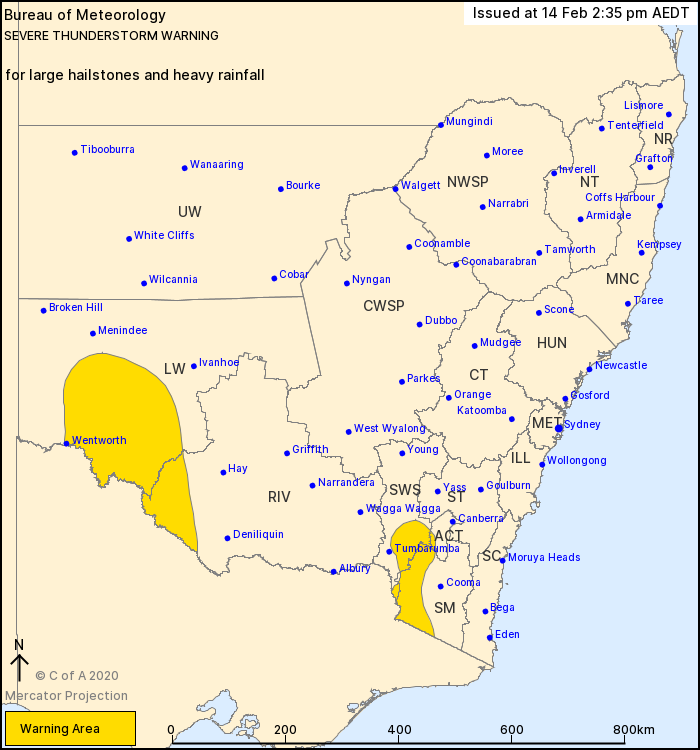