For people in parts of Hunter, Metropolitan, Illawarra and Central Tablelands Forecast Districts.

Weather Situation: A trough moving north along the coast is leading to thunderstorm development on the ranges inland from the coast.

Severe thunderstorms are likely to produce damaging winds, large hailstones and heavy rainfall that may lead to flash flooding over the next several hours in parts of the Hunter, Metropolitan, Illawarra and Central Tablelands districts. Locations which may be affected include Gosford, Maitland, Penrith, Wollongong, Bowral and Katoomba.

Severe thunderstorms are likely to produce destructive winds and giant hailstones over the next several hours in parts of the Metropolitan and Central Tablelands districts. Locations which may be affected include Penrith, Springwood and Bilpin. 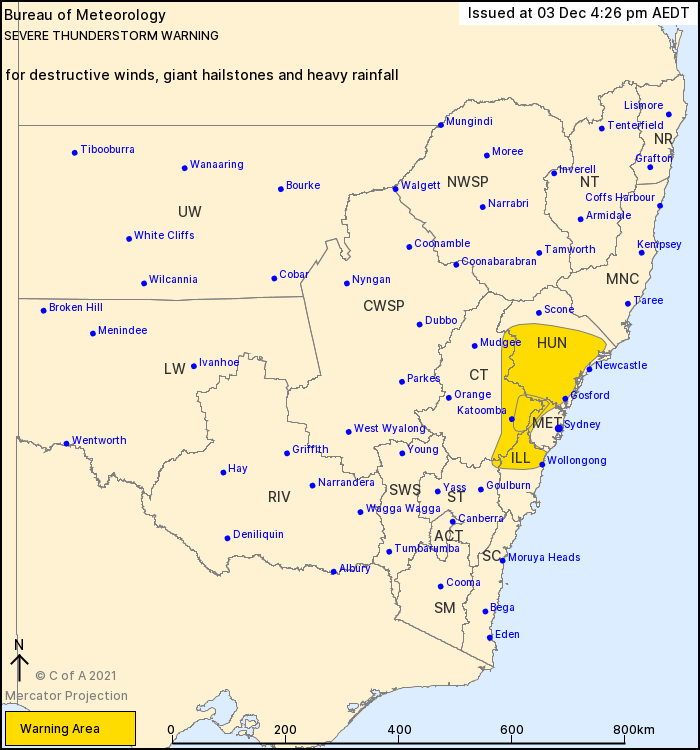