For people in Canberra and Queanbeyan.

Weather Situation: A high pressure system near New Zealand and a trough over the state's interior are combining to draw humid and unsettled conditions across the state; resulting in severe thunderstorm activity.

26.2 mm of rainfall recorded at Tuggeranong in 30 minutes. 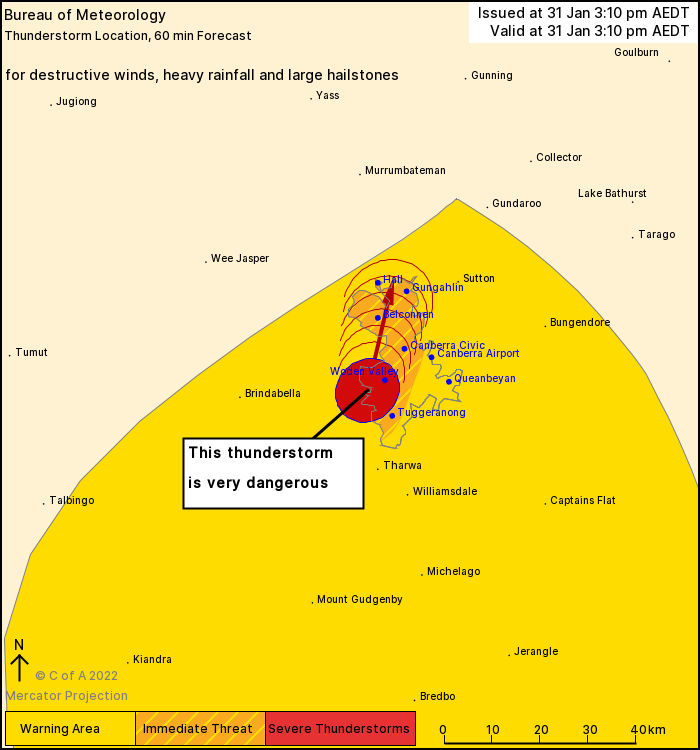