Severe thunderstorms developing over the northeast.

Weather Situation: A moist and unstable airmass is in place over the northeastern parts of New South Wales, combined with relatively strong winds in the upper atmosphere will lead to the chance of severe thunderstorms in the next few hours.

Severe thunderstorms are likely to produce damaging winds, large hailstones and heavy rainfall that may lead to flash flooding in the warning area over the next several hours. Locations which may be affected include Grafton, Tenterfield, Casino, Kyogle, Tabulam, Coutts Crossing, Nymboida, Ulmarra, Bellingen, Dorrigo, Ebor and Glenreagh. 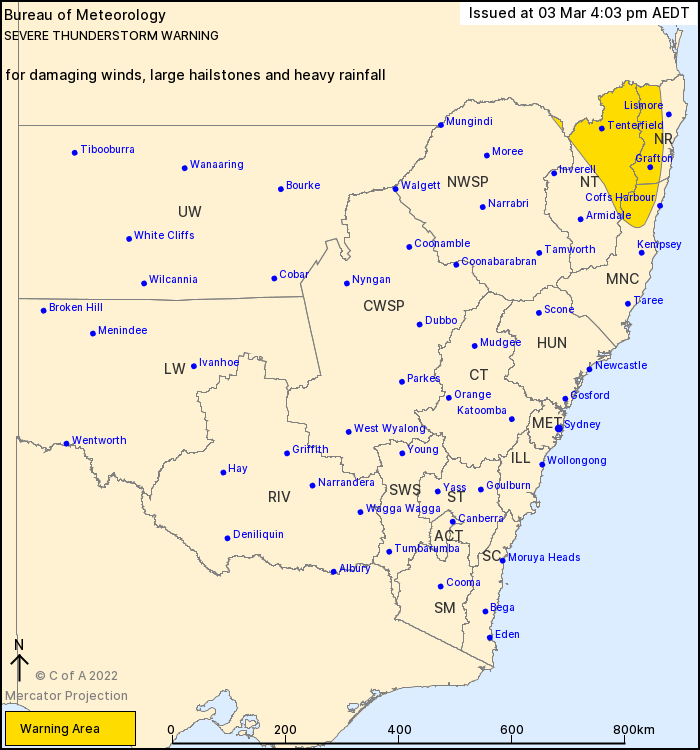