Locations which may be affected include Wollongong, Nowra, Bowral, Braidwood, Katoomba and Goulburn, Thredbo and Perisher Valley. 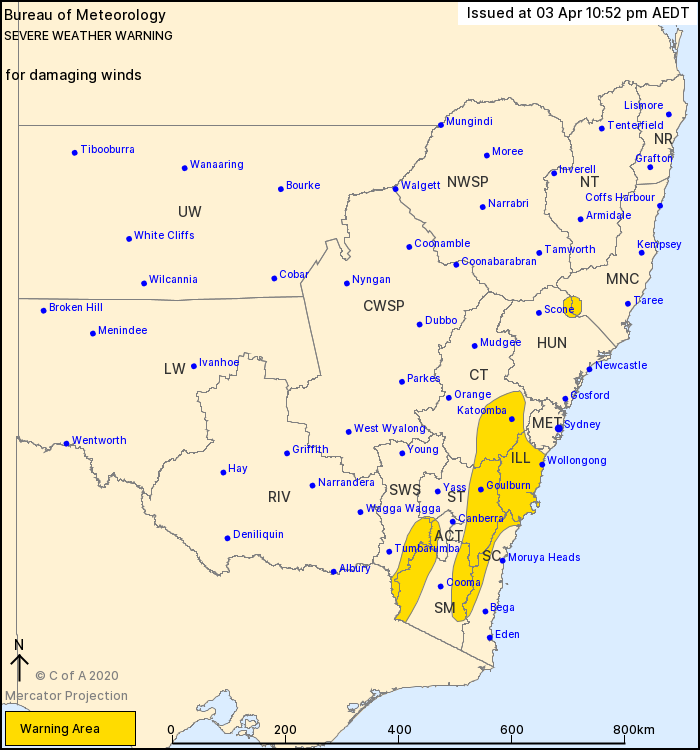