A front and its associated trough are forecast to cross the southern parts of the state during the later part of Thursday before heading north on Friday. Winds over the Alpine ranges are expected to increase from early Thursday morning ahead of the front.

Above 1900 metres, DAMAGING WINDS, averaging 80 to 90 km/h with peak gusts in excess of 120 km/h are likely to develop from early Thursday morning.

Below 1900 metres, DAMAGING WINDS, averaging 60 to 70 km/h with peak gusts in excess of 90 km/h, are also possible from Thursday morning.

Winds are expected to gradually ease by Thursday evening as the front crosses the region and moves to the northeast.

Locations which may be affected include Charlotte Pass, Thredbo, Perisher Valley, Cabramurra, and Selwyn. 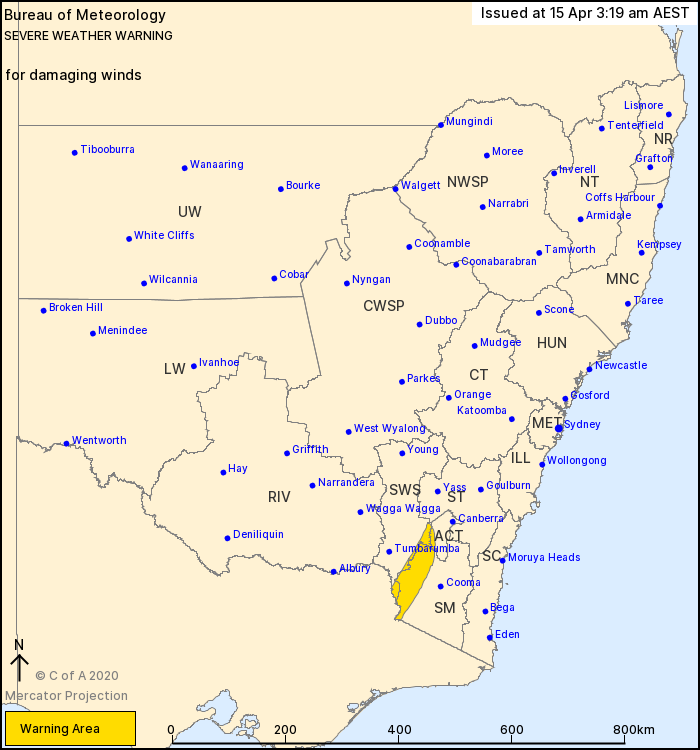