For people in parts of Snowy Mountains and Australian Capital Territory Forecast Districts.

A front and its associated trough are moving across southern New South Wales and the Australian Capital Territory today. Vigorous northwesterly winds over the Alpine region are expected to ease by early afternoon as the front moves away.

Locations which may be affected include Thredbo, Perisher Valley, Charlotte Pass and Mount Ginini. 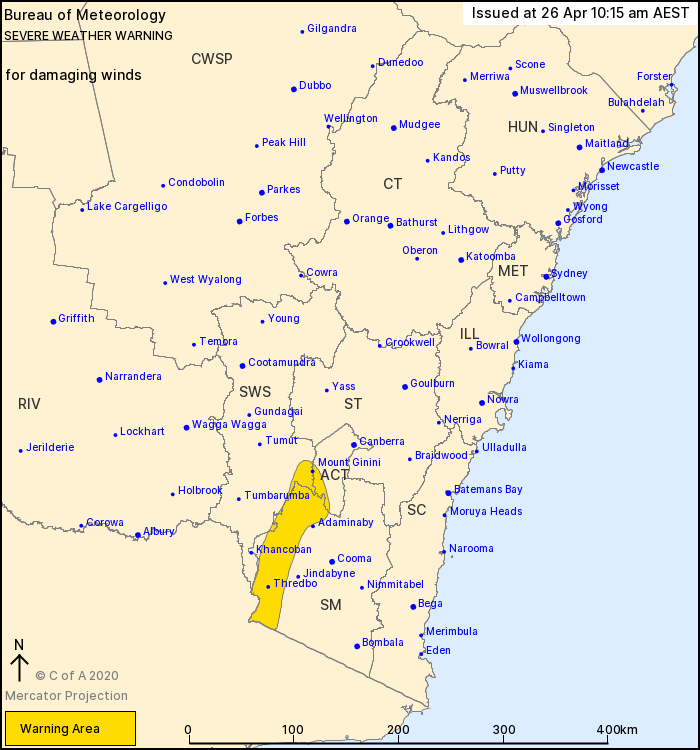