BLUSTERY WESTERLY WINDS OVER THE WEEKEND.

Weather Situation: Vigorous westerly winds are expected both ahead of and behind a cold front that is expected to cross New South Wales later tonight and during Sunday.

DAMAGING WINDS, averaging 70 to 80 km/h with peak gusts in excess of 120 km/h are expected this afternoon for Alpine areas above 1900 metres. While winds may ease for a period later this evening, they are expected to increase again during Sunday.

DAMAGING WINDS, averaging 60 to 70 km/h with peak gusts in excess of 90 km/h are also possible from Sunday morning for areas below 1900 metres about parts of the Snowy Mountains, Australian Capital Territory, South Coast, Southern Tablelands and Illawarra districts. 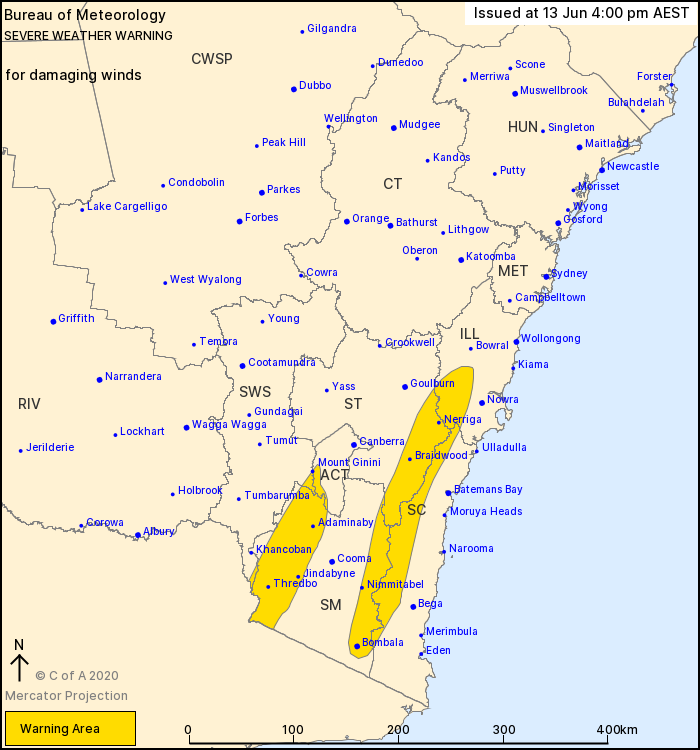