For people in parts of Snowy Mountains Forecast District.

Weather Situation: Vigorous westerly winds ahead of a second cold front which is skimming the south of the state tonight.

DAMAGING WINDS, averaging 70 to 80 km/h with peak gusts in excess of 120 km/h are possible later this evening into early Monday. For areas above 1700 metres:

DAMAGING WINDS, averaging 60 to 70 km/h with peak gusts in excess of 90 km/h are also possible for a short period from late this evening into early Monday.

Winds are forecast to increase into Sunday evening about the Alpine before easing again by Monday morning.

Locations which may be affected include Perisher Valley, Charlotte Pass and Thredbo.

Severe weather is no longer occurring in the Illawarra, South Coast, Southern Tablelands and Australian Capital Territory districts and the warning for these districts is CANCELLED. 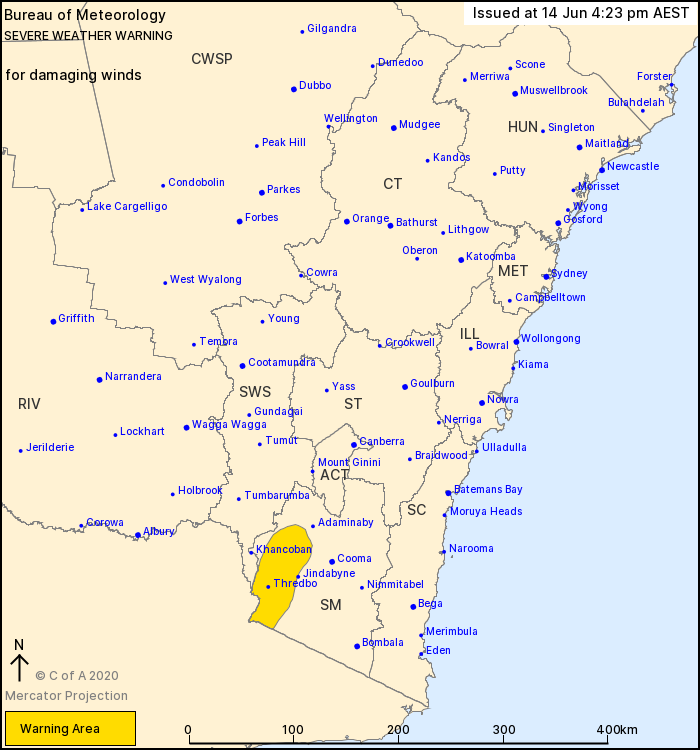