Weather Situation: A high pressure system located over Tasmania will progress into the Tasman Sea tonight, while a trough lies over western Queensland and South Australia. This weather pattern is producing a vigorous easterly flow over parts of the Great Dividing Range.

Locations which may be affected include Scone, Armidale, Tenterfield, Orange, Mudgee and Bathurst.

Severe weather is no longer occurring in the Southern Tablelands and South West Slopes districts and the warning for these districts is CANCELLED.

102 km/h wind gust recorded at Murrurundi at 8:36pm on Wednesday.

111 km/h wind gust recorded at Cabramurra at 4:10am on Thursday. 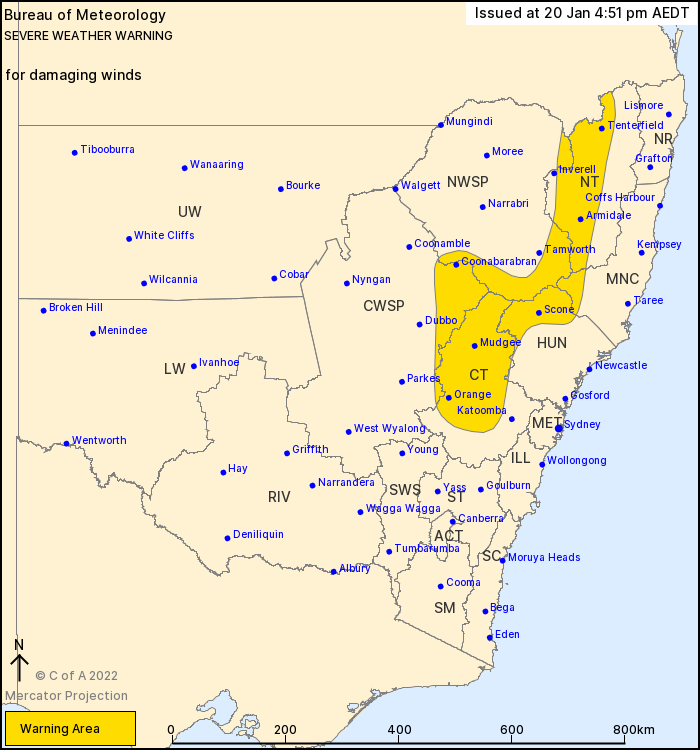