For people in Illawarra and parts of Hunter, Metropolitan and South Coast Forecast Districts.

An East Coast Low is now situated well offshore from the Illawarra coast and this system will continue to move slowly south to southeast away from the NSW coast today. Damaging wind gusts associated with this low are occurring across the central and southern coast and hinterland, with conditions gradually easing later today.

DAMAGING WIND GUSTS with peak gusts in excess of 90 km/h are possible about the coast and adjacent hinterland from northern parts of the South Coast district to southern parts of the Hunter. The risk of damaging wind gusts will continue for much of today, but will begin to ease late in the afternoon and evening.

Damaging wind gusts are no longer expected about the northern Hunter or southern Mid North Coast. 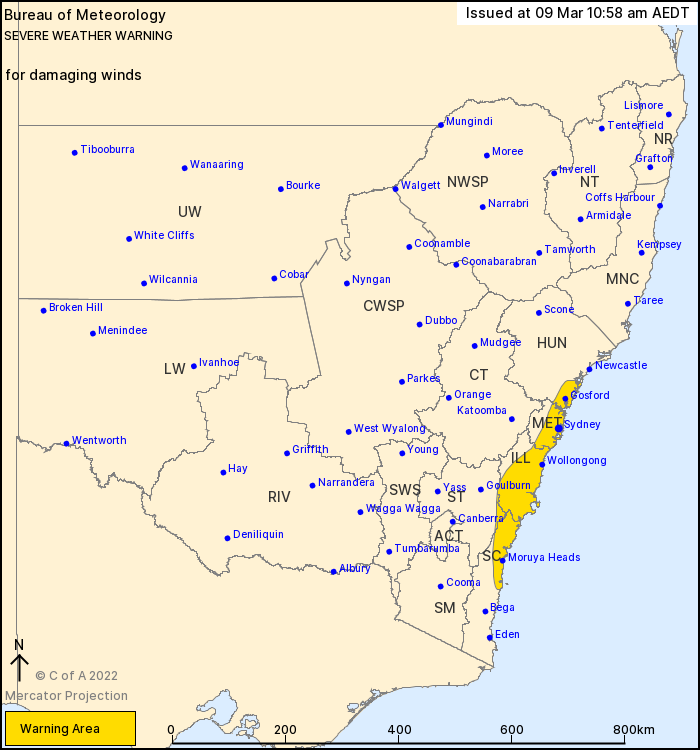