Heavy rainfall possible over the far southeast from early this morning. Damaging winds developing about the western slopes of ranges south of Nowra this evening.

Weather Situation: A low pressure system in the Tasman Sea is moving west to southwest towards Bass Strait. During Sunday the low will deepen and slow down in response to an upper trough as it approaches waters off the southeast coast.

HEAVY RAINFALL which may lead to FLASH FLOODING may develop over far southern parts of the South Coast and Snowy Mountains districts during this morning, before clearing during the evening. Six-hourly rainfall totals between 50 to 90 mm are possible.

Locations which may be affected include Eden and Bombala.

DAMAGING WINDS with peak gusts in excess of 90 km/h are possible on and east of the ranges south of Nowra overnight Sunday and during early Monday morning, easing by late morning.

Locations which may be affected include Nowra, Braidwood, Bega, and Bombala. 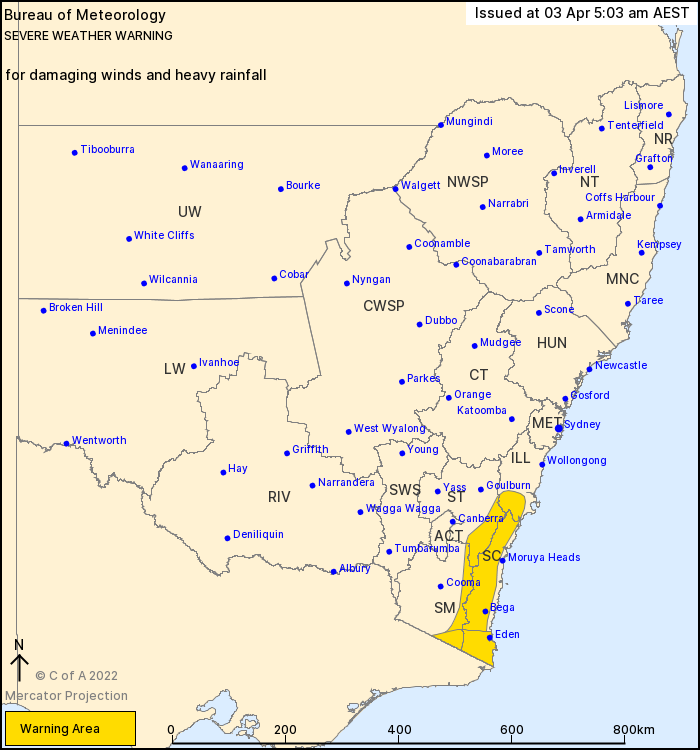