Weather Situation: A deep low pressure system over the southwest Tasman Sea will maintain a vigorous westerly flow over NSW on Tuesday.

DAMAGING WINDS with peak gusts reaching up to 90 to 100km/h are likely on and east of the Great Dividing Range, with gusts to 110km/h possible about exposed higher ground. Strong winds averaging 60 to 70km/h are possible about higher ground and through the Hunter region. Winds are expected to ease in the north later today. 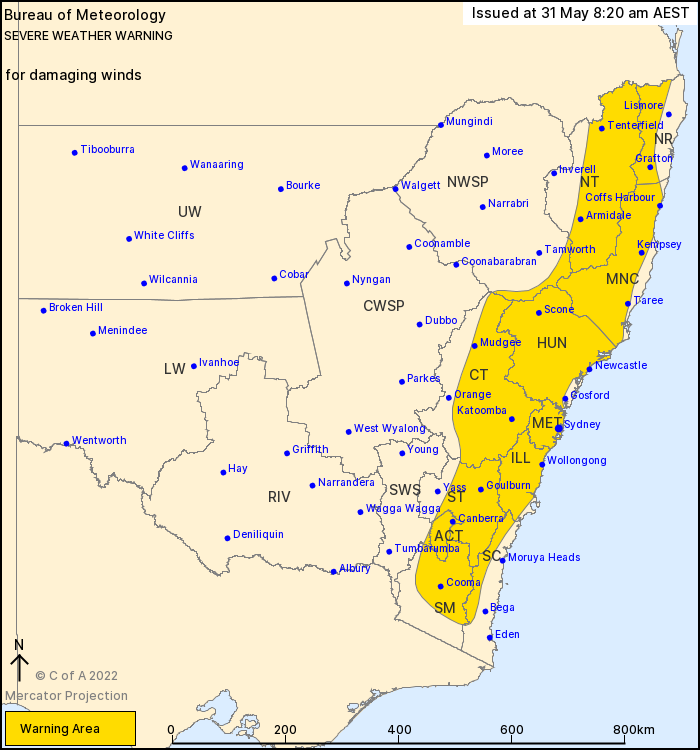