Weather Situation: Rainfall is expected to increase along the New South Wales northern coast from Thursday, as a low pressure trough deepens in the area. Intense rainfall is possible for some areas. Longer-term there is potential for this system to shift south on the weekend, also increasing rainfall along parts of the central and southern coast.
HEAVY RAINFALL which may lead to FLASH FLOODING is possible about parts of the Northern Rivers, Mid North Coast and eastern parts of the Northern Tablelands from Thursday.

The location of the heaviest falls will be determined by the movement and strength of the coastal trough, and by where thunderstorms occur. It is most likely that the heaviest rainfall will be focused about the Northern Rivers during Thursday, then the Mid North Coast during Friday.

A Flood Watch is also expected to be issued.
Locations which may be affected include Lismore, Grafton, Coffs Harbour, Port Macquarie, Taree and Dorrigo.

On the weekend, there is potential for heavy rainfall along parts of the central and/or southern coast and ranges as this system shifts its focus southwards. This will be monitored closely, and warnings updated if heavy rainfall for these areas becomes likely. 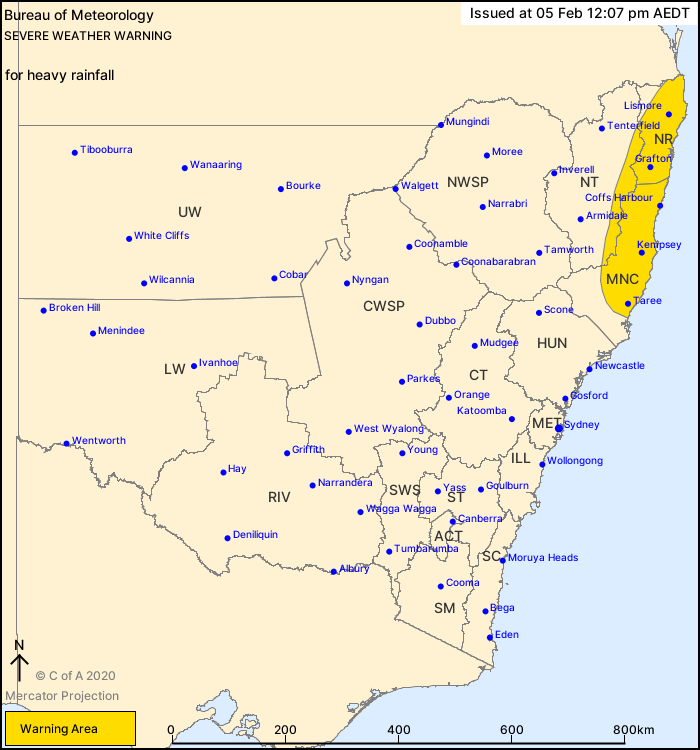