Issued at 5:54 am Wednesday, 23 February 2022.
HEAVY RAINFALL LIKELY TO DEVELOP ACROSS THE NORTHERN RIVERS.

Weather Situation: A strong upper trough and associated cut-off low will move slowly eastward from central Australia towards the eastern seaboard into Thursday. A surface trough in Southeast Qld is forecast to slowly drift south towards Northeast NSW and deepen in response to this approaching upper weather system. The surface trough is forecast to remain slow-moving and produce periods of heavy to intense rainfall from later today and into Thursday.

HEAVY RAINFALL which may lead to FLASH FLOODING may develop north of Ballina later today and into Thursday. 6-hourly rainfall totals of 150 to 200 mm are likely.

Locations which may be affected include Tweed Heads, Murwillumbah, Mullumbimby, Byron Bay, Kyogle and Brunswick Heads. 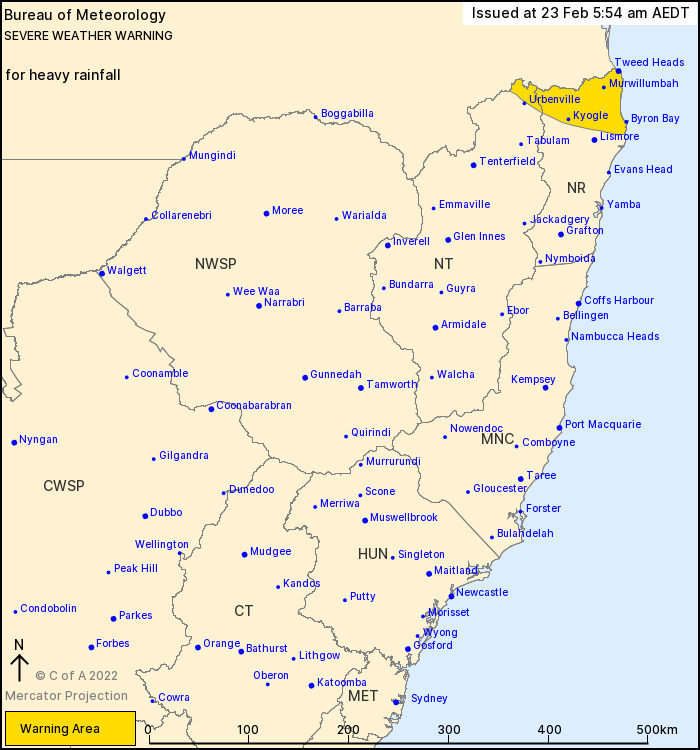