Most catchments along the Gulf of Carpentaria coast are relatively dry except those in the southern Gulf which have received rainfall earlier in the season. These areas can expect rivers and streams to respond to rainfall.

Widespread daily rainfall totals of 150 - 200 mm are expected for many catchments on the Gulf of Carpentaria coast from Monday.

Catchments likely to be affected include:
Koolatong River

More information on the Flood Watch Service and maps of Flood Watch areas are available at www.bom.gov.au/water/floods/floodWarningServices.shtml .
Flood Safety Advice:

The Northern Territory Emergency Service advises that people should:

* Stay away from flooded drains, rivers, streams and waterways.

* Prepare for flooding and move away while safe to do so. 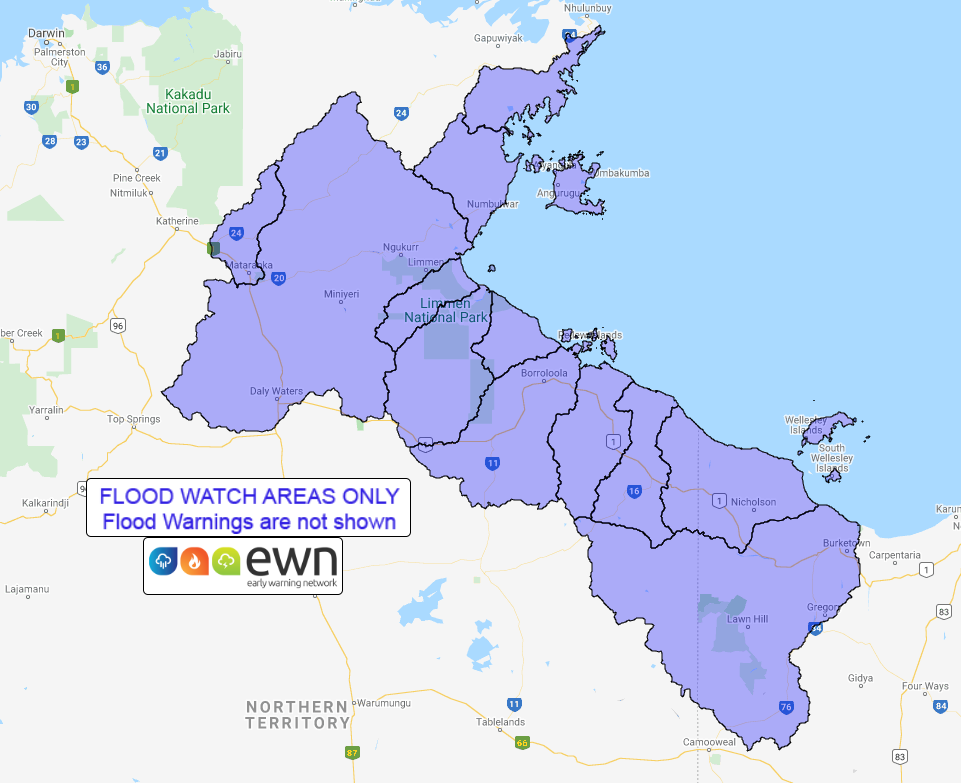