Monsoonal flow persists near the north and west coast of the Top End.
Slow-moving Tropical Cyclone Anika is located in the Timor Sea north of the Kimberley coastline. The system is expected to move south and intensify as it approaches the north Kimberley coast later this weekend.

Rainfall totals of 50 - 100 mm were recorded in the 48 hours to 9am Saturday in the north west Northern Territory and totals up to 200 mm along the coast over the same period.

Many parts of the north west Top End coast can be expected to receive daily rainfall totals of 20 - 80 mm for the next few days with isolated higher totals possible.

Significant rises in streams and creeks leading to localised flooding is expected in many areas along the north west coast of the Northern Territory.
This is expected to affect many roads over the next few days. 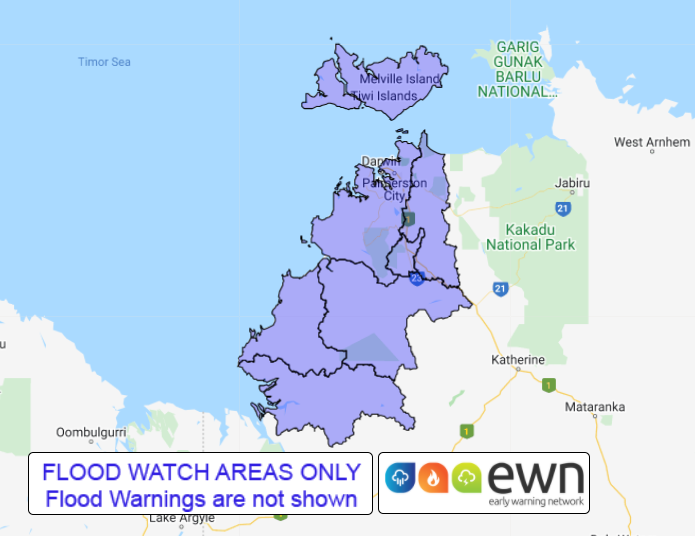