A slow moving tropical low is expected to remain inland from the Gulf of Carpentaria over the next two to three days, before moving back over central districts of the Northern Territory around the middle of the week.

Rainfall over the past week has increased soil moisture in many areas.
Rainfall totals of 50 - 100 mm have fallen throughout the flood watch area during the past 24 hours.

Two day rainfall totals of around 30 - 80 mm are expected for many parts of the flood watch area with heavier isolated falls. Rainfall is expected to ease from late Sunday in the western parts of the Nicholson and Georgina Rivers as the focus moves east into Queensland Gulf Country. Renewed rainfall is then expected from around Wednesday.

Many rivers have risen and roads including major highways are inundated. Areas of inundation are expected to continue into next week. Road conditions in many areas are expected to worsen and some communities may become inaccessible. 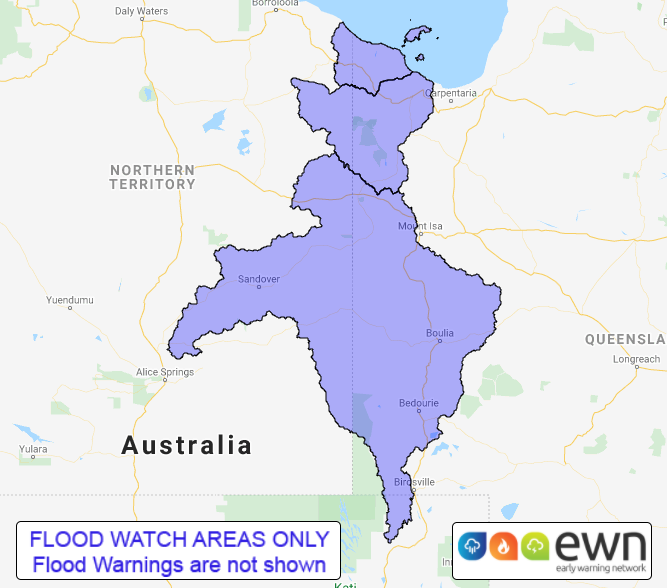