There is a continued risk of heavy rainfall and river level rises across the Flood Watch area.

Showers and thunderstorms are expected to continue across the Flood Watch area until Friday with localised heavy falls possible during Wednesday and Thursday.

Most catchments have received significant rainfall during the past week and are likely to respond quickly to further heavy falls. 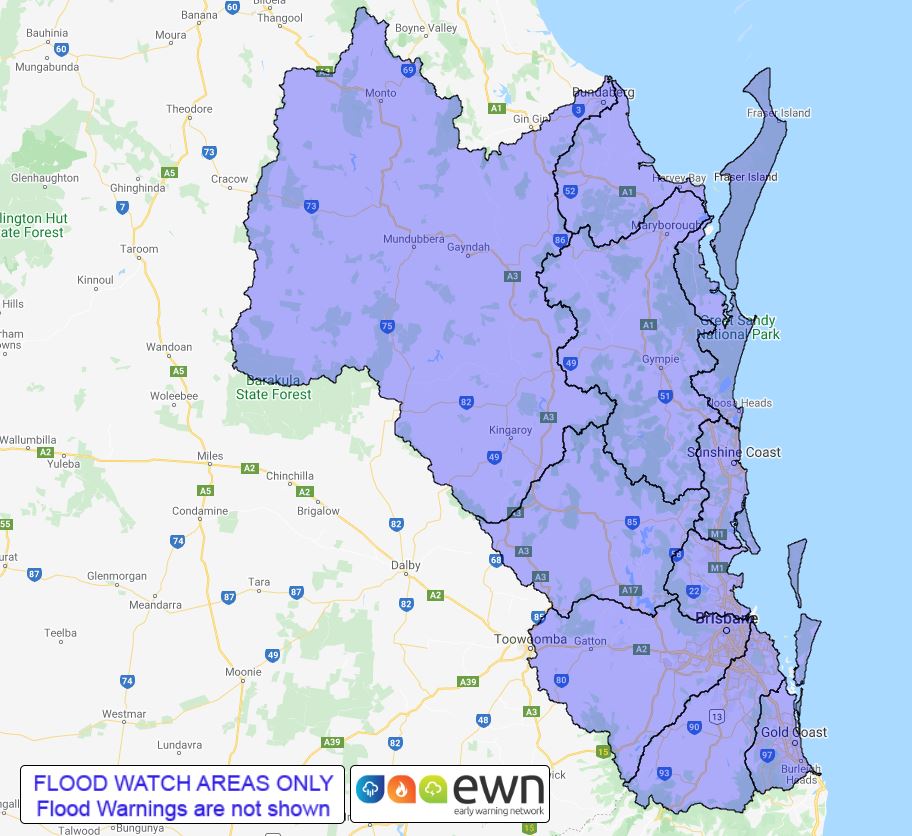