Flooding is possible from Wednesday across parts of the Flood Watch area.

Widespread heavy rainfall is possible from Wednesday, associated with the likely development of a tropical low / cyclone in the Coral Sea and a separate area of heavy rainfall moving up the east coast.

Rainfall totals over northern parts of the Flood Watch area are very dependent on the location, development and movement of the tropical system. At this stage, it is likely that the system will move southeastwards away from the Queensland coast which would lead to an easing of rainfall from Friday.

Catchments within the Flood Watch area are relatively wet from rainfall over recent weeks and will therefore be more responsive to heavy rainfall, with riverine flooding possible from Wednesday.

Catchments likely to be affected include:
Jardine River 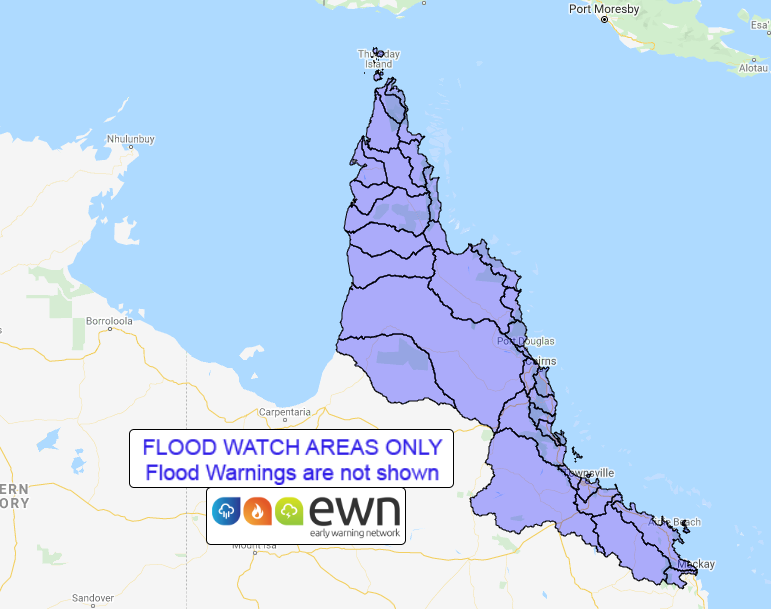