Flooding is possible from late Wednesday across parts of the Flood Watch area.

Widespread heavy rainfall is expected during Wednesday and Thursday, associated with the expected development of a tropical system in the Coral Sea.

Catchments within the Flood Watch area are relatively wet from rainfall over recent weeks and will therefore be more responsive to heavy rainfall, with riverine flooding possible from late Wednesday.

Parts of the Cassowary Coast and coastal areas within the Whitsundays recorded significant rainfall in the 24 hours to 9am Wednesday. Rainfall totals in excess of 200 mm were recorded at several locations in the lower Herbert catchment, including approximately 340 mm at Allingham.

Riverine flooding is no longer expected in the Pioneer River. 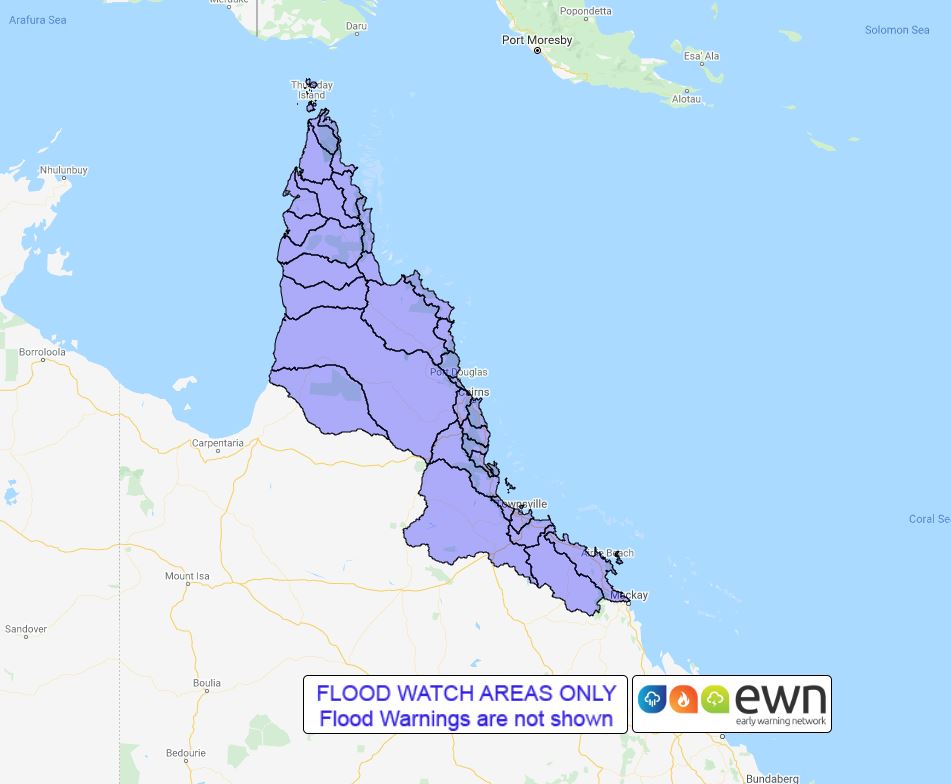