Flooding is possible across parts of the Flood Watch area.

A trough extends from the northwestern Coral Sea across far northern Cape York Peninsula, and is likely to remain near stationary for the next few days.
Widespread showers, rain areas, and thunderstorms are likely to persist near and to the south of the trough for several days.

Catchments within the Flood Watch area have received rainfall over recent days, very heavy at times, with river rises being recorded.

There is potential for further heavy rainfall and thunderstorms across the Far North, with particularly very heavy rainfall to areas north of about Lockhart River and Weipa. 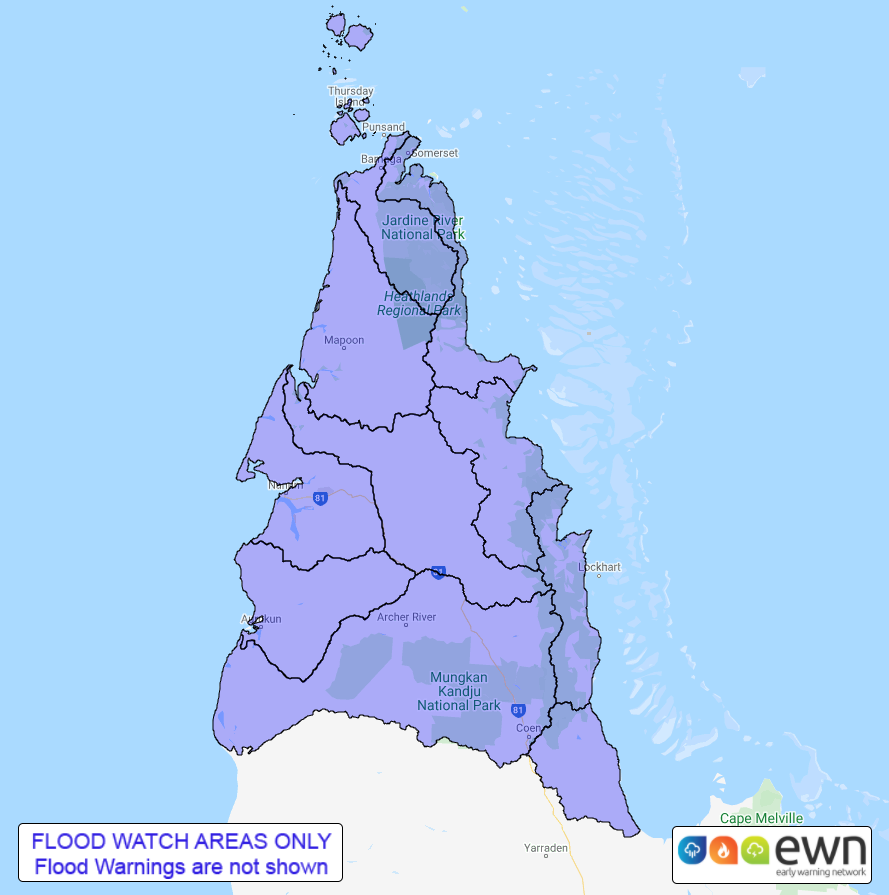