Flooding is likely across parts of the Flood Watch area.

Heavy rainfall associated with a tropical low over the central Cape York Peninsula will affect the Flood Watch area during Thursday and Friday. The rainfall is likely to be heaviest over central parts of the Peninsula Forecast District, extending southeastward.

Heavy rainfall has fallen intermittently over the Flood Watch area over the last few weeks. In the 24 hours to 9am Thursday, several locations recorded between 50 -100 mm rainfall. Catchments are wet and rivers will respond relatively quickly to further rainfall.

Riverine flooding is likely within the Flood Watch area, particularly across central parts of the Peninsula Forecast District extending southeast to around Port Douglas.

Localised flooding, isolation of communities and disruption to transport routes are likely within the Flood Watch area over the next few days.

A Severe Weather Warning for heavy rainfall is current for parts of the Peninsula Forecast District. 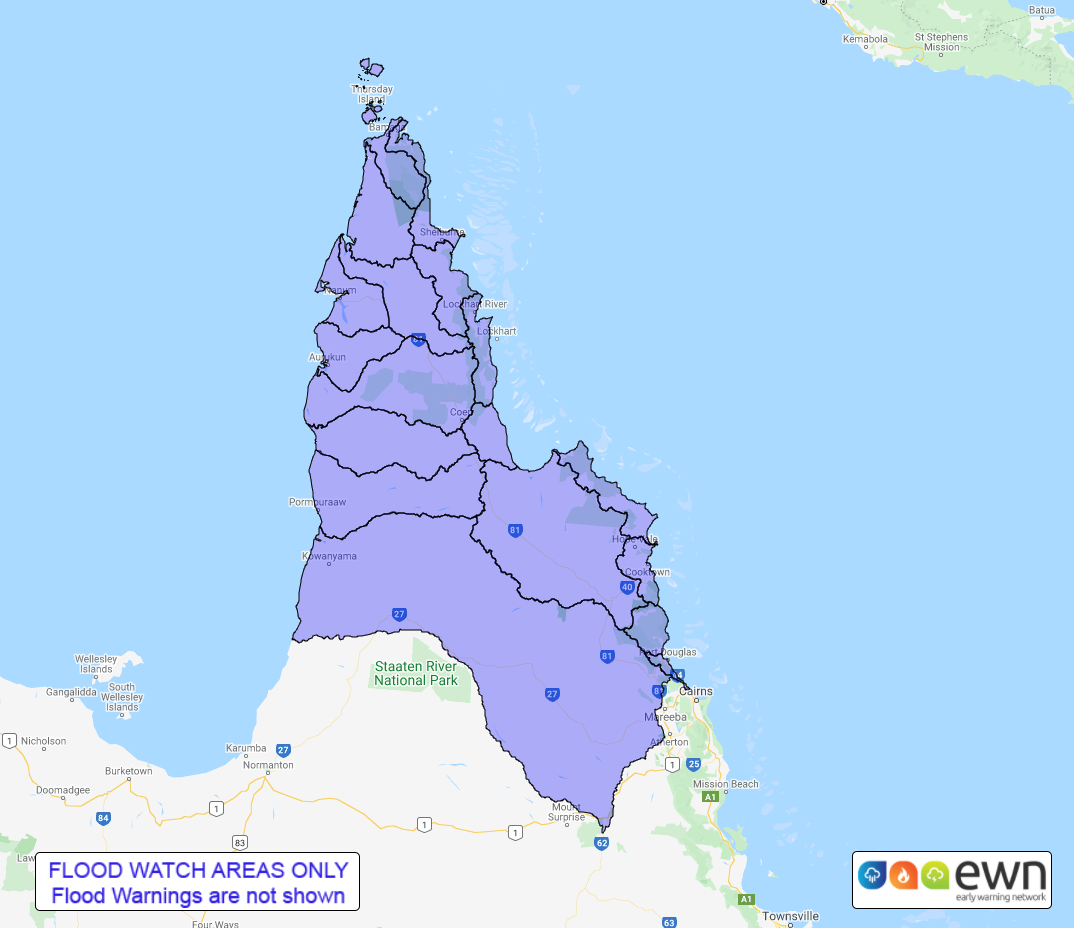