QLD Flood Watch: Catchments between Bundaberg and the NSW Border

This Flood Watch provides early advice of possible flooding within the specified catchments.

Heavy rainfall and river level rises are possible for catchments in the Flood Watch area.

Showers and storms are forecast for the Flood Watch area with heavy falls possible particularly during Tuesday and Wednesday.

Generally catchments across the Flood Watch area have received significant rainfall during the past week and are likely to respond quickly to further heavy rainfall.

Minor flooding is possible. Localised flooding and disruption to transport routes are likely particularly in the area of the heaviest rainfall.

Catchments likely to be affected include:
Burnett River 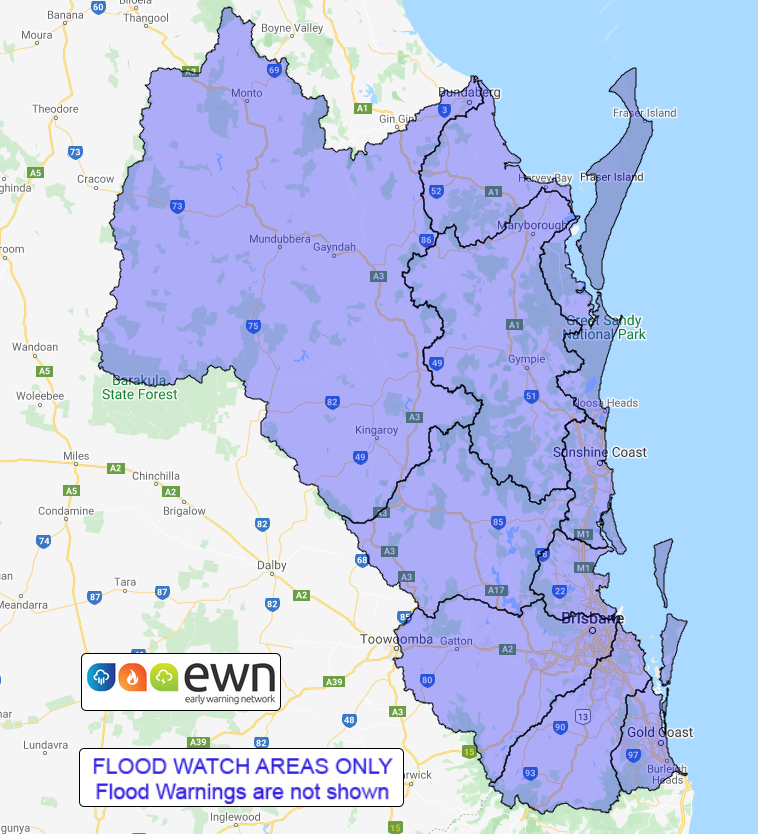