After heavy rainfall during Friday and Saturday, the risk of heavy rainfall is expected to return to the Flood Watch area from late Sunday and is likely to continue through to Tuesday morning.

Catchments are wet from rainfall over the past few days. Areas close to the coast are saturated and river level rises have occurred in response to the heavy rainfall.

Minor flooding is possible from Monday evening, in areas where the heaviest rainfall occurs. With renewed rises possible sooner in catchments with recent impacts.

Localised flooding and disruption to transport routes in the area is likely.

Flood Warnings are current for the following catchments: Tully and Murray Rivers, Mulgrave and Russell Rivers and the Daintree River. 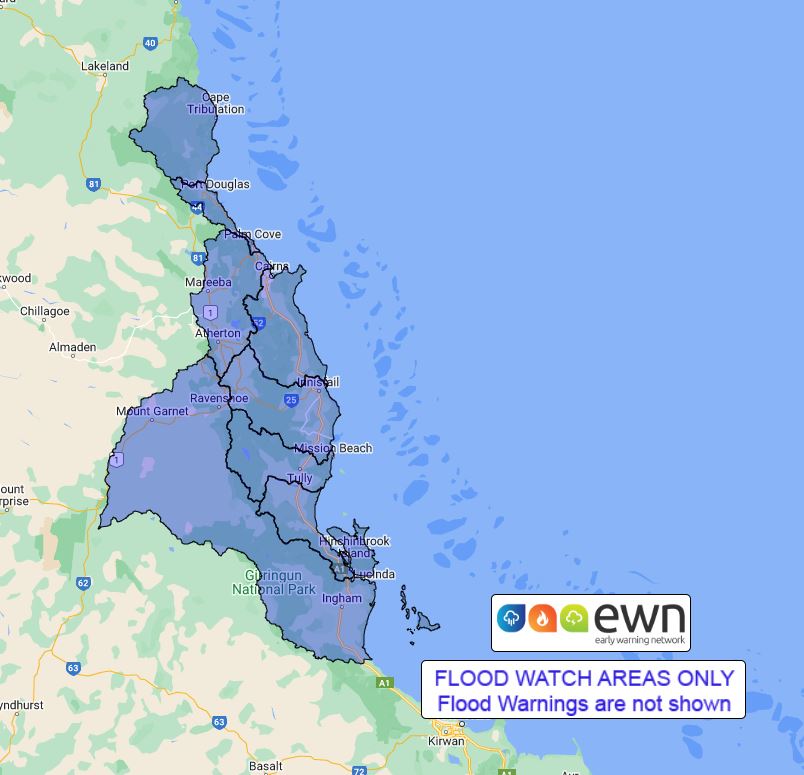