An upper low will move slowly eastward across southern Queensland through Thursday before rotating over the southeast on Friday. A surface trough near the southeast coast will deepen in response to this upper weather system through Thursday. Through Thursday morning the main trough and heavy rainfall has remained just off the coast, however this trough may move or redevelop back over land later Thursday and then remain slow-moving into Friday, producing periods of heavy rainfall with embedded thunderstorms.

Catchments are wet, and likely to respond quickly to further rainfall.

Heavy and locally intense rainfall is expected across parts of the Flood Watch area.

River level rises are expected across the Flood Watch area, with widespread minor to moderate flooding. Isolated major flooding is possible with locally heavy rainfall. Flood Warnings are current for the Mary and Stanley Rivers, and the Sunshine Coast. 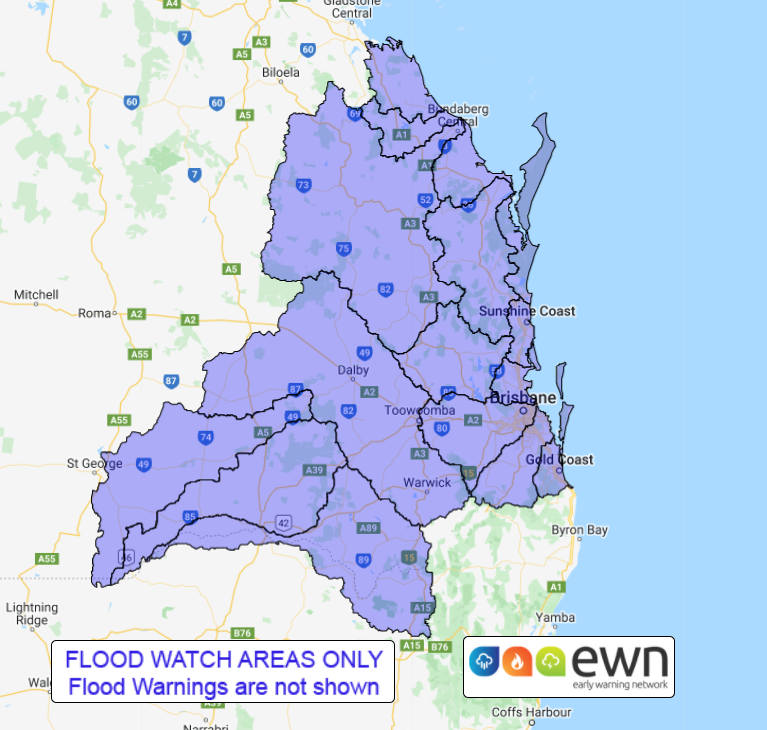