Initial Flood Watch for Western and Central Queensland, and the Central and North Tropical Queensland Coast

MODERATE TO MAJOR FLOODING IS LIKELY

An unseasonably moist, northeasterly flow across northern Queensland will combine with a strengthening upper trough over central Australia, producing an extensive cloud band. As a result, widespread heavy rainfall is expected to develop across central and northwestern parts of the state from Tuesday morning. Heavy rainfall is expected to shift to the tropical east coast during Wednesday, moving southward along the east coast over the following couple of days. The locations of heaviest falls each day will be dependent on the development and movement of a surface trough and low pressure system near the coast.

Catchments across the Flood Watch are wet from rainfall over the past few weeks and in some cases flooding is ongoing.

Widespread rainfall is expected across the Flood Watch area. Areas of isolated heavy and intense rainfall are also possible.

Dangerous and life threatening flash flooding is possible across the flood watch area. This rainfall is also expected to lead to transport disruption. 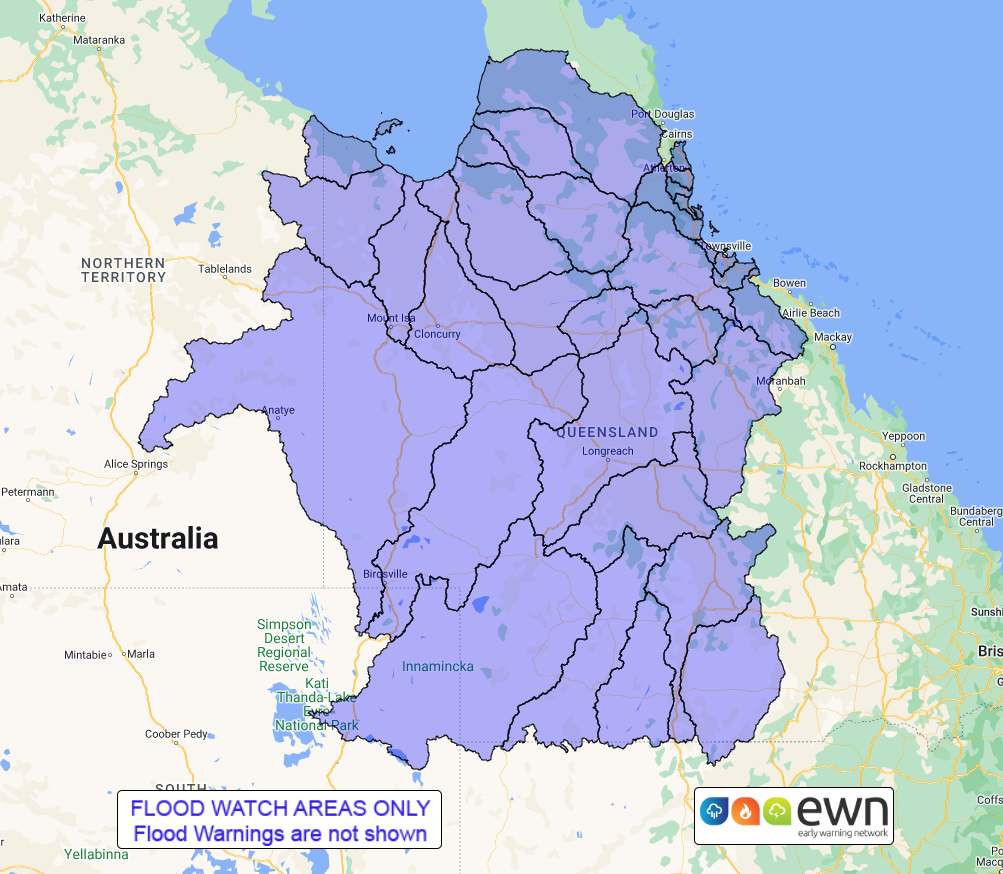